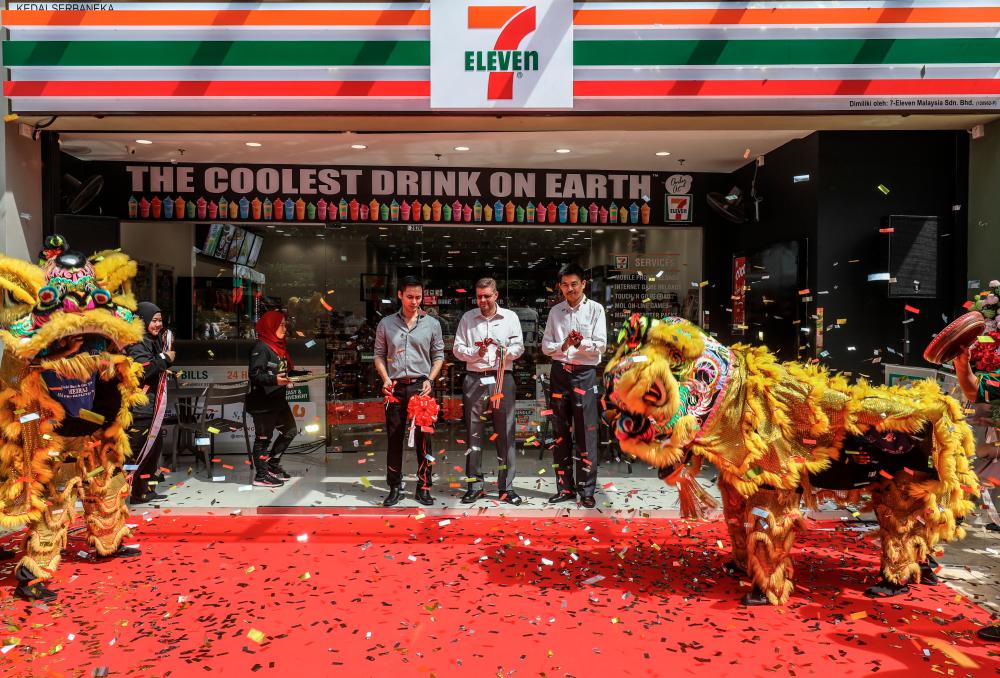 KUALA LUMPUR: 7-Eleven Malaysia Holdings Bhd, which opened its 2,323rd store in Plaza Arkadia, Desa ParkCity today, is looking at introducing the Razer Parcel Plus services in 7-Eleven stores as the next available in-store services.

7-Eleven Malaysia CEO Colin Harvey said the Razer Parcel Plus services is currently in trial in about five of its stores, where customers can have their parcels delivered to their nearest 7-Eleven stores.

“Sooner or later when you order from Lazada or Amazon, you can click on the dropdown (menu) – 7-Eleven near to your house and you can collect it on the way home,” he told reporters after launching its 2,323rd store today.

“I see 7-Eleven as becoming a new and exciting product, a place to buy your meal and a place where you can pay all your bills... where you can later book a movie ticket. Some countries can do that. I don’t know if we can do that, we’ll explore. Can you book an airplane or train ticket, what is the next thing?” Harvey explained.

7-Eleven has increased its range of in-store services to customers with a wider selection of utility providers of its 24/7 bill payment service, major e-commerce offline payment option as well as being able to pay for PTPTN (National Higher Education Fund Corp) loan.

E-wallets such as Razer Pay and Alipay are also now accepted with more to come on board and fans of Google Play, Sony Playstation, Spotify, Netflix and more can also conveniently purchase prepaid cards at 7-Eleven stores.

Harvey said it is important for 7-Eleven Malaysia to continue to innovate on not only its product offering, but to also play a role in the daily lives of customers by offering a whole new level of convenience in Malaysia and continue to be the leader in the convenience sector.

So far, 7-Eleven Malaysia has opened 40 stores and refurbished 23 stores this year. Last year, it opened 83 stores (gross) and 63 stores (net), with Harvey emphasising that there is still opportunity to grow. A store typically cost about RM300,000.

7-Eleven Malaysia is the largest standalone convenience store chain nationwide and its latest store reflects its contemporary concept store format, which has been gradually rolled out over the past few years. The current generation of 7-Eleven stores encourages customers to see 7-Eleven as a “lifestyle store”.