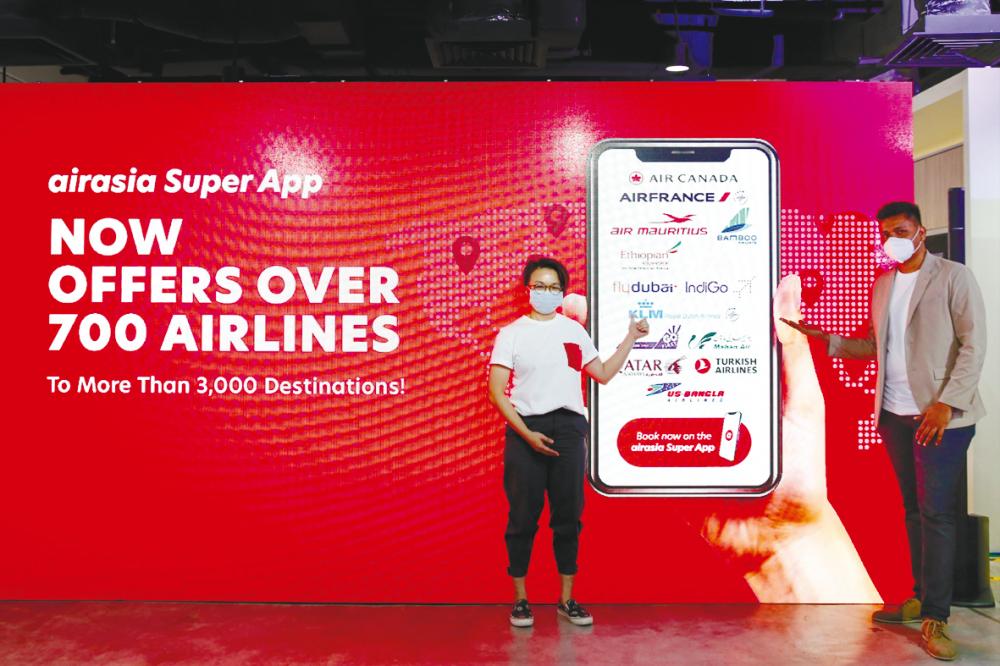 “In just over two years, we are now one of the top three leading online travel agencies (OTAs) in Asean based on website traffic, with over 100 million average page views monthly.

“What gives us a unique advantage is the fact we are the only OTA that also owns an airline, which has allowed us to leverage on our experience with flights to ensure lowest prices guaranteed on many select offerings. We also have access to a wealth of big and rich travel data, as we have always been a digitally-driven business since day one, 20 years ago,” she told the media at a briefing today.

Currently, the app has more than 700 international airline brands flying to over 3,000 destinations and promoting thousands of hotels worldwide. In addition, it has engaged over 20 new airlines as its direct partners, including Air Canada, KLM, Qatar Airways and Turkish Airlines.

With more than 600 million passengers having flown with AirAsia over the years, Woo believes this translates into a captive audience providing a feeder market to open up Asean to these global airlines. The group aims to provide a platform which provides value not just to consumers but also to the airlines.

“Airlines see us now as a marketing engine, we’re no longer just an airline aviation company but a brand, and they see how we link together, that is the most important philosophy for this OTA direction.”

With its direct partners, the app is able to offer virtual interlining which combines the network of these airlines translating to 145 unique routes that are 30% cheaper than the market rate.

AirAsia head of flight Rajiv Kumar stated that the 20-plus new partners are just a start and it aims to accumulate more.

“The target is to have all the airlines that are flying from Asean into the world as well as hubs where we can connect more extensively, such as the Middle East. In addition, we are also looking to touch base in the US and Europe, to capture the consumers in those markets as well,” he said.

On the question of recovery, the super app CEO believes there is a promising year ahead.

“In the last few weeks of the reopening announcement we have seen a super spike in demand for our airlines, hotels and travel packages,” Woo said.

She predicted a very strong recovery in the next 12 months, but said that whether this will be a full recovery remains to be seen.

“Based on what we are seeing, there will be a sharp v-shaped recovery in the coming months, especially for domestic. Internationally, there are more companies opening up and the SOPs are getting better and more standardised.”

4.Top Bundesliga headlines over the weekend

5.Looking back at the weekend’s Serie A matches...