AirAsia stands its ground against MAHB on PSC spat 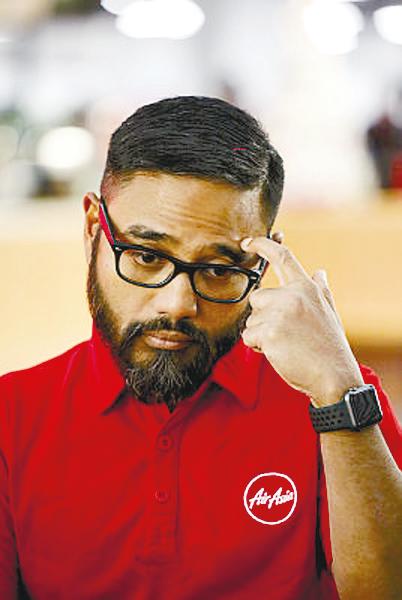 PETALING JAYA: Low-cost carrier AirAsia has paid a total of RM663.05 million in airport tax to Malaysia Airports (Sepang) Sdn Bhd (MASSB) to date and stressed that it is not obliged to collect the addi-tional charges.

AirAsia Malaysia CEO Riad Asmat (pix) said in statement today that the airline has been collecting on behalf of MASSB, RM50 airport tax or passenger service charge (PSC) from every non-Asean inter-national passenger departing from klia2 since Jan 1, 2017.

MASSB raised the PSC charged on non-Asean international pass-engers departing from klia2 to RM73 on Feb 1, 2018, in a move to equalise the PSC between klia2 and KL International Airport (KLIA).

Riad reiterated the airline’s stand, saying that it is not obligated to collect airport tax for MASSB, and has refused to collect the additional charge from passengers on behalf of MASSB.

“Passengers using klia2 should not be charged the same rates as passengers in KLIA, as klia2 is a low-cost terminal with far lower levels of service provided to pass-engers, compared with KLIA, which is a full-service terminal,” he said.

He said AirAsia had also previously lodged a number of official complaints regarding the substandard infrastructure and access at klia2, which has negatively impacted its operational per-formance and punctuality.

Riad said these cross-claims far exceed the amount of airport tax that the airline has refused to collect for MASSB from its passengers.

“It is to be reiterated that we have tried, on various occasions, and without success, to engage MASSB on these issues. Regret-tably, MASSB has instead decided to take the matter public and instigate legal action based on claims that AirAsia will strongly refute,” he added.

Earlier on Tuesday, AirAsia Group Bhd and AirAsia X Bhd told Bursa Malaysia that they are being sued by MASSB for refusing to collect the additional RM23 PSC per passenger at klia2, with MASSB claiming a combined RM36.11 million for uncollected PSC and alleged PSC arrears.

The group had said that it will defend the proceedings vigorously as it believes that the claims were made without justification and are unreasonable.

The airline refused to collect the additional RM23 PSC per pass-enger, stressing that the charges levied should reflect the level of services provided.