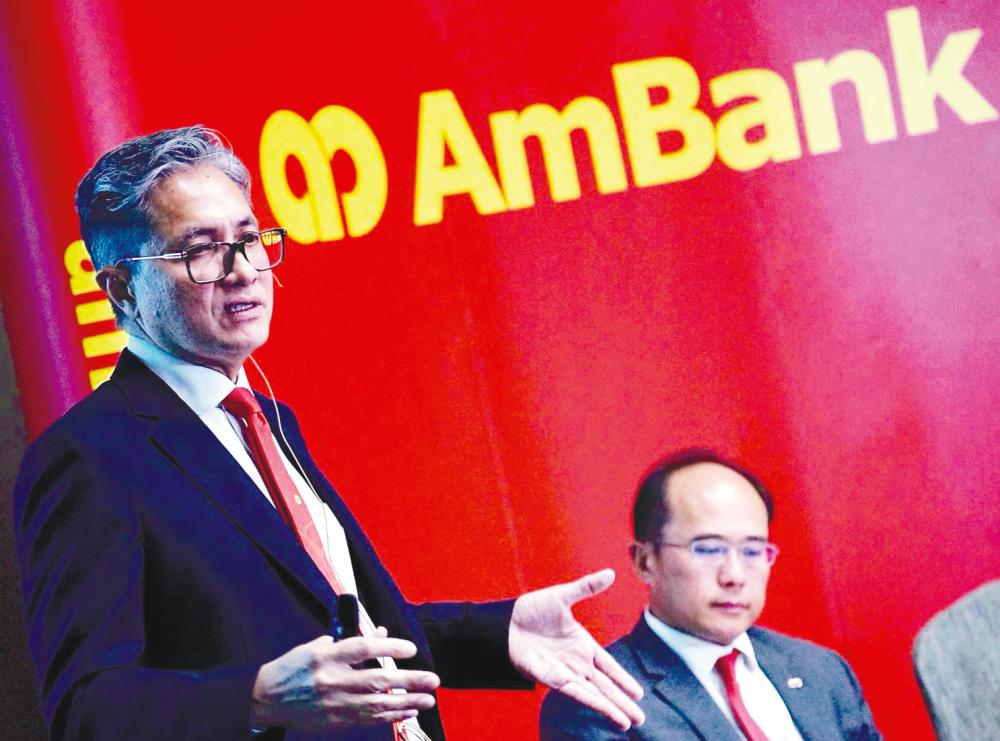 KUALA LUMPUR: Shareholders of AMMB Holdings Bhd are set to receive a higher dividend this financial year ending March 31, 2020 (FY20), based on the group’s guidance of a dividend payout ratio of 40-45% of its profit.

“(This is) the first year (after four years) that we’re giving more than 40%,” group CEO Datuk Sulaiman Mohd Tahir told a press conference after the group’s AGM and EGM here today.

As it approaches the final leg of its top four transformation journey (ending in FY20), Sulaiman said AMMB has in most instances achieved the top three spots in terms of growth rates.

“In a lot of key financial metrics along the lines of segments, we’re number one, two and three. It sets a platform for us so that the growth is about driving the bank and ensure it continues to drive a capital-accretive business,” said Sulaiman, adding that these translate to improvement in its earnings.

He said the top four strategy has been successful and AMMB has evolved from previously focusing on hire purchases and corporates to now being known as an SME (small and medium enterprise) bank, business bank and known to have improved its current and savings account (casa) business, all which are path that can drive the sustainability of the bank.

“In terms of size, we’re still number six but in terms of driving value for shareholders and profitability, today we’re number one from an earnings perspective from our FY19 performance,” said Sulaiman.

“The whole idea is to drive growth and growth is where, from the shareholders perspective, you see value.”

Sulaiman said AMMB is targeting its FY20 loan growth to come in at 6% versus the industry’s 4.5-6% as it expects steady flow of loan disbursements of RM20 billion to SMEs in the next three years.

5.Malaysian exports of Kimanis crude said to be hit by issue at Shell field