AmResearch: Ringgit to bounce back against USD by end-2022 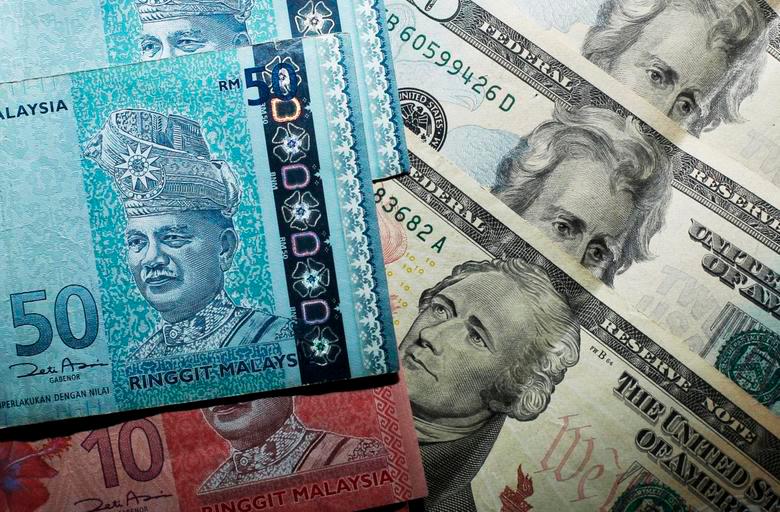 KUALA LUMPUR: The ringgit will eventually bounce back against the US dollar at year-end when macro fundamentals in Malaysia improve, said AmBank Research.

The rebound will also be backed by the inversion of the interest rate gap between Bank Negara Malaysia (BNM) and the US Federal Reserve (Fed), substantial downward pressure on the geopolitical conflicts and improving confidence.

The research house said the ringgit has depreciated sharply against the greenback in 2022, declining by about 6.7% year-to-date to a four-year low of RM4.45.

It attributed the local note’s current weakness to a combination of factors, including the narrowing interest rates differential between BNM and the Fed, as the latter’s monetary tightening cycle is far from over.

“Besides, the US’ economy still looks better than the rest of the world, thus providing additional impetus to the dollar in the near term,” AmResearch said in a note on Aug 9.

However, it expects the US dollar to start losing some steam in the fourth quarter of 2022 (Q4’22), adding that the US’ economic growth is poised to slow down with room to head into quarter-on-quarter negative growth for four quarters.

“This would mean the inflation narrative will slant to economic slowdown or an induced recession from aggressive monetary tightening. From rate hikes, we expect the Fed to start cutting its rate in the second half of 2023,” it added.

On the domestic front, AmResearch said Malaysia’s economic growth is gaining momentum as most businesses have recovered from the aftermath of the Covid-19 pandemic.

However, their recovery is slow due to challenges like labour and talent shortages, supply chain disruptions, freight charges and rising material costs.

“The current weak moment for the US dollar/ringgit could be nearing. But over a longer period, the ringgit would benefit from a weaker dollar,” it said.

AmResearch added that a hawkish monetary policy and a neutral fiscal stance would allow BNM to reach a higher terminal rate, which is expected to settle at 3.25% in early 2023.

Meanwhile, MIDF Research forecasts the ringgit to appreciate and reach the 4.25-level against the US dollar by end-2022, given the improved growth outlook and sustained current account surplus.

“With the US Fed expected to slow down the pace of its policy tightening towards the end of the year, we foresee less support for US dollars to strengthen further. In other words, movement in the financial market would pose less drag on emerging market (EM) currencies,” it said.

Additionally, a possible reversal of financial flows towards EM markets and improved appetite for risk assets will be positive for regional currencies, including the ringgit, it said.

MIDF Research added that EM currencies stand to gain from the improved growth outlook in China in the later part of the year after it was negatively impacted by the reimposition of Covid-19 lockdowns in Q2’22.

Ever since the ringgit was unpegged from the US dollar on July 22, 2005, it has moved relatively in tandem with the oil benchmark Brent crude price.

MIDF Research said the movement of the US dollar/ringgit pair and Brent have a correlation of -0.69, indicating that when oil prices increase, the ringgit would appreciate and vice versa.

However, this relationship seems to have broken down this year where the correlation between US dollar/ringgit and Brent is +0.45.

“This suggests that as oil prices increase, the ringgit depreciates despite Malaysia being an oil-producing nation, so it seems that the effect of the Fed’s decision has a stronger weight at the current juncture than the past relationship between the ringgit and oil.

“However, we expect that this disconnect will not last and the ringgit will eventually reflect the elevated oil prices,” said MIDF Research. - Bernama PN ministers send letter to King, urging that GE15 not be held this year: Tuan Ibrahim PN ministers send letter to King, urging that GE15 not be held this year: Tuan Ibrahim

Raducanu out of Transylvania Open due to wrist injury

1.PN ministers send letter to King, urging that GE15 not be held this year: Tuan Ibrahim

5.Raducanu out of Transylvania Open due to wrist injury