Astramina debuts at 8.7% premium of 25 sen on LEAP Market 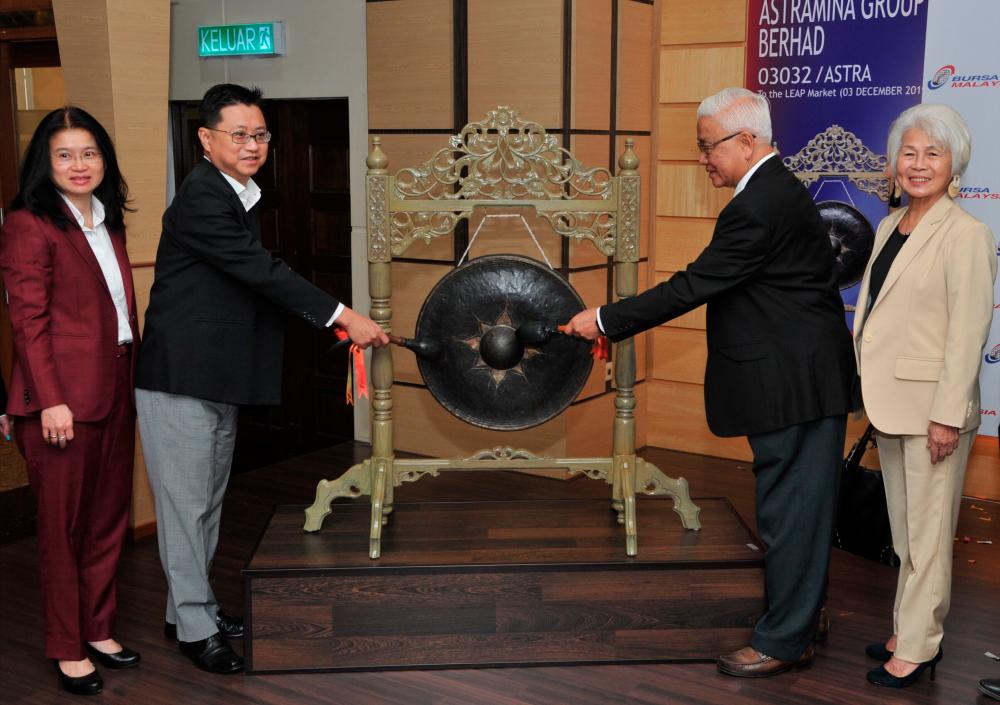 PETALING JAYA: Astramina Group Bhd has made its debut on Bursa Malaysia’s LEAP Market today, opening at 25 sen, representing a 8.7% premium from the reference listing price of 23 sen a share.

At the time of writing, its last done price was 28 sen.

According to media reports, group managing director Datuk Foo Chi Ching said the company intends to build a new manufacturing plant in Negeri Sembilan for RM10 million within the next one to three years, and is also aiming for an initial public offering on either the ACE or the Main Market in the next three to five years.

“Today’s listing would enable the company to tap into the capital market for future fundraising to pursue growth opportunities, recognition and enhance the company’s stature. Astramina’s profile and corporate image will also be further improved, as well as increase clients’ and investors’ awareness of our company’s presence,” he said in a statement.

Moving forward, the company intends to leverage its position as an established halal food seasoning producer to gain access to the Middle Eastern markets (in addition to the rest of the Asean countries), which have a combined market potential valued at US$2 trillion.

“Food seasoning products in Asean countries heavily depend on imports from reliable halal certified suppliers. We are glad that our halal certification from Jakim is seen as a sign of trustworthiness and genuineness for the Muslim markets,” said Foo.

On Nov 12, Astramina announced its intention to list its entire issued and paid up share capital of RM30.9 million comprising 272.16 million shares by way of introduction.

Based on the reference price of 23 sen a share, Astramina raised total proceeds of RM6.44 million from its pre-listing investors.

For the year ended February 28, 2019, the company registered a net profit of RM4 million, on the back of RM16.2 million in revenue, representing a year-on-year increase of 4.9% and 8.4% respectively.