Balanced budget not part of government’s plan for now 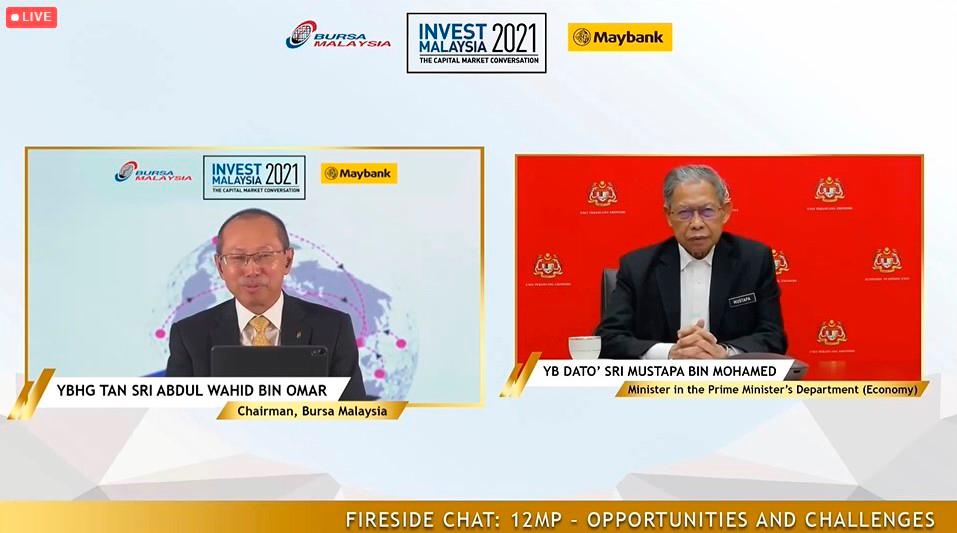 PETALING JAYA: A balanced budget is not part of the government’s plan as its middle-term target is to bring down the budget deficit within 3% to 3.5% by 2025, said Minister in the Prime Minister’s Department (Economy) Datuk Seri Mustapa Mohamed.

He said the government believed it is a modest ambition to reduce the deficit to 3.5% through more efficient tax collection machinery and diversified revenue base.

“It is impossible to achieve budget balance for Malaysia at this moment and this is not an opportune time to discuss higher taxes as we are still in repressive mode,” he added.

Mustapa was asked whether the government planned to reintroduce the goods and services tax or was looking to introduce capital gain tax, windfall tax, or any other form of new taxes, at the virtual Invest Malaysia 2021 Series 1 “Fireside Chat: 12MP – Opportunities and Challenges” today.

At present, he said, the country sees a huge increase in government expenditure while striving to reduce the budget deficit. “There will come a time when the government needs to revisit the whole (tax) issue because it is simply not sustainable.”

“All these agreements require amendments to our laws. There are a few challenges ... one is public acceptance in opening up Malaysia’s economy to foreign competition. The government is amending some laws, such as those related to labour and intellectual property,” he said.

“Both MyDigital and 4IR are aligned with the National Policy on Science, Technology, and Innovation 2021-2030 which aims to develop Malaysia as a high-tech nation by 2030. With 4IR, we aim to create an ecosystem within our economy that will be led by science, technology, and innovation. It will facilitate local technology development by creating economic opportunities and developing talent in areas such as artificial intelligence, Intenet of Things and blockchain technologies.

“With MyDigital, areas of policy-making will be focusing on developing infrastructure and human capital. These will ensure broad access and optimum utilisation of new generation of technologies, and allow wider participation from regional and international investors,“ he said in the keynote address of Invest Malaysia 2021 Series 1.

He added that Malaysia provides the most conducive environment for the business communities as the country is the gateway to Asean market through the RCEP.

“The 15 countries within the RCEP alone are generating almost 30% of the global GDP. It has been estimated that the overall aggregate GDP income would increase US$174 billion by 2030.

“This will give our corporations and micro, small, and medium enterprises (MSMEs) a more leveled playing field while facilitating access to larger regional markets,” he said.

He said Malaysia remains an active key player in CPTPP and the international economic collaboration provides more than 500 million participation with combined GDP totalling US$10 trillion.

Finance Minister Tengku Datuk Seri Zafrul Abdul Aziz said the domestic economy is expected to be fully reopened by the end of this year before resuming prepandemic growth in 2022.

“Malaysia’s growth rate has been projected at 5.8% and 6% by the World Bank and the IMF, respectively. This performance will be supported by gradual normalisation of domestic economic activities as well as the positive spillover effects from continued improvement in external demand.

Tengku Zafrul said financial assistance will remain for those most impacted, especially the B40 group, the unemployed, and the vulnerable.

“Support for businesses will remain steadfast via affordable financing schemes better access to credit or grants to support corporations while pivoting them towards increased automation and digitalisation.

“There will be increased focus on sustainability and improving the resilience of our enviroment and water assets following increased focus towards environmental, social and governance, net zero emission targets, and further development of our circular economy.”

Tengku Zafrul said the Finance Ministry will continue to intervene in upskilling the labour market and supporting the country’s human development plans.

“We will improve the labour markets by, among others, focusing on high incentives in addition to subsidising wages and enhancing fiscal prudence by improving the government’s procurement and debt management process while enhancing tax enforcement measures,“ he added. 1.Alcaraz headlines as French Open gets glimpse of future

3.Biden heads to Japan after warning on North Korea threat