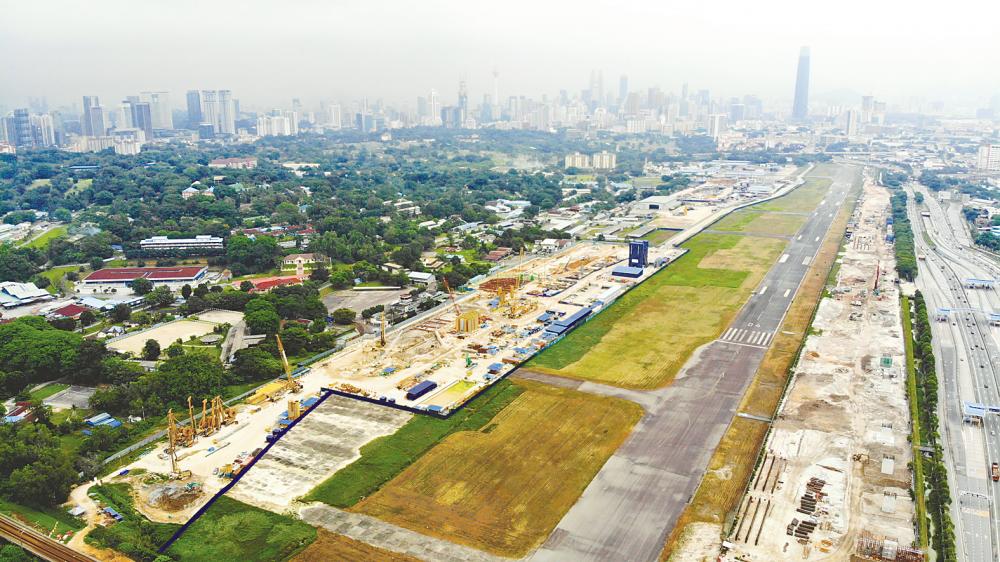 A view of the site of the 197ha Bandar Malaysia project on April 20, BERNAMAPIX

PETALING JAYA: The revival of the Bandar Malaysia project, which came as a surprise to the market, sparked a fresh round of buying interest in construction and building materials stocks on Bursa Malaysia today.

Last Friday, Prime Minister Tun Dr Mahathir Mohamad said the government welcomes the commitment by Iskandar Waterfront Holdings Bhd (IWH) and China Railway Engineering Corp Sdn Bhd (CREC) to make an advance payment of RM500 million, in addition to the original deposit sum of RM741 million to be paid within 60 days from the date that the government officially reinstates the Bandar Malaysia project.

IWH and CREC were the winners of the Bandar Malaysia project before their status as the master developer was scrapped in May 2017.

Tan is the executive vice-chairman of IWCity and executive chairman of Ekovest. IWCity is a subsidiary of IWH.

PublicInvest Research sees the revival of Bandar Malaysia as a positive surprise, saying it undoubtedly brightens the prospects of the local construction sector.

“Reinstatement of this project is an obvious shot-in-the-arm, particularly to the local construction sector. Given the greenfield nature of this project, players exposed to the initial infrastructure-based phases (access roads, earthworks, water and sewerage treatment plants, substantial piling works) could be sizeable opportunities.”

While maintaining a “neutral” call on the construction and property sectors at this juncture, the research house said trading opportunities abound, particularly for construction-related stocks.

PublicInvest Research said within its universe, big names like Gamuda, IJM Corp Bhd and WCT could be beneficiaries for the construction works.

Specialist contractors are also set to be winners such as Advancecon Holdings Bhd for earthworks, Econpile Holdings Bhd and Pintaras Jaya Bhd for piling, as well as Lafarge and Tasek.

“Other beneficiaries in our view are Malaysian Resources Corp Bhd, which was the joint-venture partner under the Bandar Malaysia Integrated Transportation Terminal and MMC Corp Bhd for the potential revival of Bandar Malaysia MRT 2 underground stations.”

PublicInvest Research also highlighted that back in 2016, IWH-CREC signed a memorandum of understanding with a consortium of international Chinese and Malaysian banks to provide funding for investors in the Bandar Malaysia project which included local banks such as CIMB Bank, Malaybank, RHB Bank and Affin Bank.

“As such, we do not discount the participation of local banks to fund the development.”