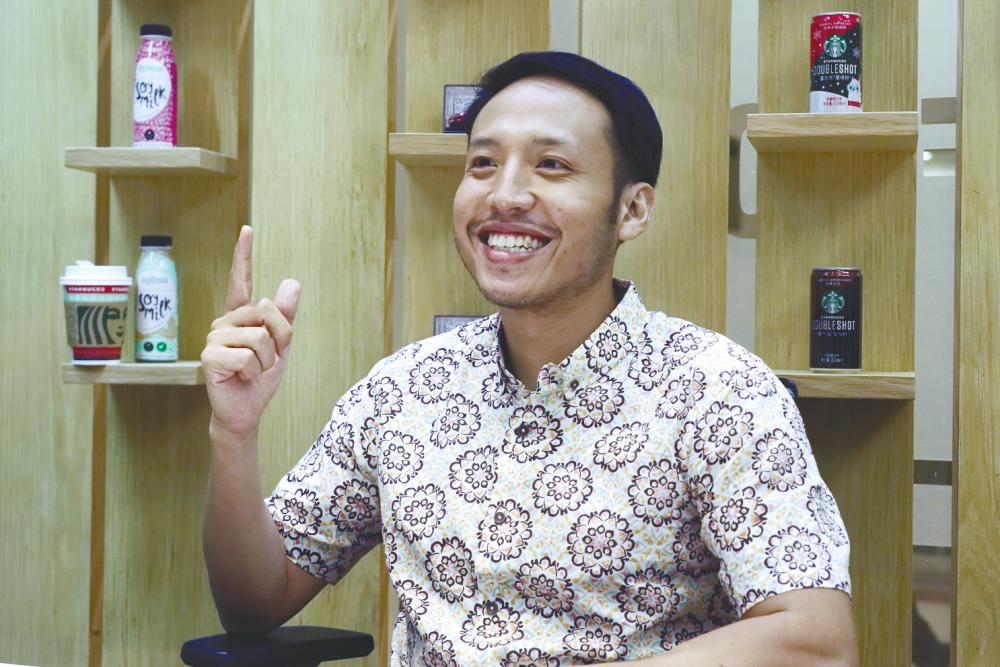 Azlan says Berjaya Kelava aims to hit its first million ringgit sales in a year in 2023. – Pix by Amirul Syafiq/THESUN

Berjaya Kelava founder and CEO Azlan Shah Alladin (pix) has set his sights on expanding production by tenfold with a RM1 million investment into its facilities.

“With that we hope to hit our first million ringgit sales in a year in 2023 and subsequently maybe we can grow to RM2 million sales a year. If it works we can look into building a bigger or another production facility,” he told SunBiz.

Although the figure might not be out of the ordinary for a small and medium enterprise, the fact that Kelava was just a one-man show over three months ago makes its growth thus far an impressive feat.

This growth optimism is fuelled by the acquisition of Kelava by the BCorp group, which took place over three months ago when the taste of Kelava’s ice cream sparked the interest of BCorp founder and chairman Tan Sri Vincent Tan to acquire the business.

Before the acquisition, Azlan used to run the production on an ad-hoc basis with himself being the only permanent member of the team.

“The Covid-19 pandemic made a lot of my part-time helpers leave. In fact, when Berjaya approached the business it was just me in the company. It was a one-man show,” he shared.

Kelava’s average monthly sales have also doubled since the acquisition.

“Right now, we are running things from my own central kitchen based in a small shop lot but we are looking to expand 10 times in terms of production capacity.”

At this stage, Azlan said, the expansion plan is very much work in progress and the RM1 million investment will be put towards the facility as well as the equipment used in the production.

“Currently, we have decent enough equipment but it is not fancy.”

To produce a consistently smooth ice cream, he explained, there is a need to spend on the equipment.

Aside from the usual capital injection and operational support, the ice cream maker pointed out it can also leverage BCorp’s distribution network.

“For example, they have a chain of resorts which we have immediately started supplying to, places like the Taras, Pulau Redang, Berjaya Hills and Berjaya Times Square hotel.

“We also have good prospects to supply to their other food channels under the Berjaya umbrella, such as Starbucks and perhaps even 7-Eleven,” he said.

Looking back at the start of Kelava’s journey, Azlan said the business came to be four years ago, when he started on a vegan diet and realised vegan ice cream was a rare item and saw an opportunity in the market.

Previously, he held down a career as an accountant registered with Certified Practising Accountant (CPA) Australia as well as the Malaysian Institute of Accountants and was at various times under the employ of Ernst & Young, Boustead Holdings and Singapore-based Neptune Orient lines.

With the ice cream venture, the ex-accountant found his former career to be beneficial in figuring out the financial details of the business, especially on profitability and cost.

When starting out, Azlan found access to capital to be the biggest challenge,

“It is not too hard to figure out what needs to be done but it’s quite hard to have the money to get it done.”

When it comes to execution, Azlan said, the biggest challenge is capital, similar to any small business and he overcomes this challenge by being really cost conscious, picking up how to do social media as well as website management to keep the overheads low.

With Kelava’s current business trajectory, he admits it has entered unfamiliar territory as marketing becomes an inevitable part of business. Coming from an accounting background, the CEO explained that marketing is seen as something not critical to the business, a “nice to have” over the fundamental process of producing and selling.

“But without marketing you might see the business plateau,” he admitted. At this juncture, he expressed relief that BFood is on board to provide Kelava with support.

On the whole, the estimated value of the global non-dairy ice cream market stands at US$520 million (RM2.18 billion) with a compound annual growth rate (CAGR) of 13.7%, according to a study by Allied Market Research in June 2020.

On the ground, Azlan observed that the demand for plant-based food has been increasing in Malaysia, which mirrors the global trend due to reasons relating to sustainability, ethics and health.

“I hope and foresee this trend will continue.”