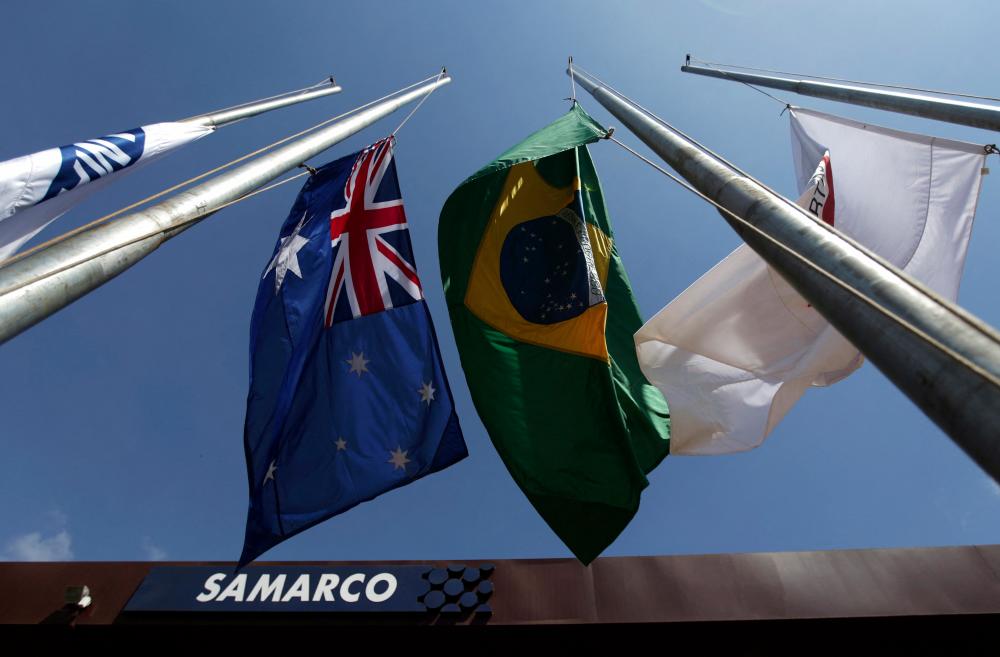 An Australian and a Brazilian flag are pictured at the entrance of the mine operator Samarco owned by Vale SA and BHP Billiton Ltd in Mariana, Brazil. REUTERSpix

SAO PAULO: Miners Vale SA and BHP Group said in a joint statement yesterday they are not interested in selling their joint venture Samarco, after reports of the interest of Brazilian steelmaker Companhia Siderurgica Nacional (CSN).

“BHP Brasil and Vale say Samarco is not for sale and reaffirm its support for the restructuring plan filed by the employees’ unions,” the companies said in a joint statement.

The statement added the companies are “focused on the mediation hearing in the bankruptcy process” scheduled for today.

CSN is drafting an offer to acquire miner Samarco Mineracao SA, which will be presented by its adviser RK Partners to the bankruptcy court judge overseeing its debt restructuring, two people with knowledge of the matter said.

RK Partners has reached out to Samarco shareholders Vale and BHP Group, along with unions and financial creditors, the sources said. One of the sources said Vale has already told CSN the company is not interested in selling Samarco.

A key problem to reach an agreement is financing Samarco's liabilities related to its 2015 disaster in the city of Mariana. Shareholders, which have committed to pay for damages, may resist any proposal to give up control of operations while keeping that liability.

A mediation hearing was scheduled by the judge overseeing Samarco’s bankruptcy between two groups presenting competing restructuring proposals, one led by financial creditors and the other by the employees' unions with the support of Vale and BHP.

According to a document filed by Samarco with the bankruptcy court and seen by Reuters, the miner is asking the bankruptcy judge to reject the plan proposed by creditors for “inconsistencies”.

Samarco’s lawyers say the 96% reduction in the 23 billion real (RM19.5 billion) shareholders credit with the company is subject to tax and would create a US$1.5 billion (RM6.6 billion) tax liability that was not assessed in the plan.

In a statement, the group of creditors said Samarco’s analysis about the plan is incorrect and said that reducing the “undue” credit with shareholders will not create tax liabilities. – Reuters