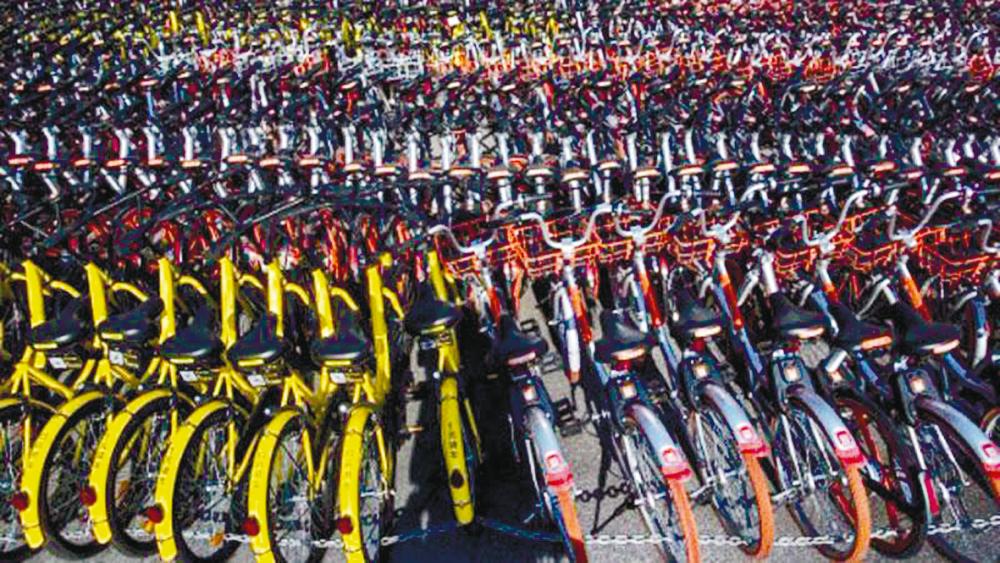 Bike sharing is touted as a measure that’s good for people’s health, for the environment and for life in busy cities. But a new study from UBC Sauder shows there’s another key effect: it can boost the value of people’s homes.

First appearing in Amsterdam in the 1960s, bike sharing has spread to thousands of cities around the world, and in many places has helped to solve the “last mile” problem — that is, when people don’t live within walking distance of subway stations and other major transit hubs, the shared bikes help them get there.

At the same time, property values have long been tied to proximity to public transit. So the researchers wanted to explore a key question: if shared bikes are solving that last mile problem, what effect do they have on property values?

For the study, the researchers examined bike sharing data in Shanghai, China — a country that, by August 2019, had 300 million bike share users and a daily rider volume of 47 million people across 360 cities. Shanghai has one of the world’s largest rapid transit systems, and it was among the first cities to introduce dockless bike sharing — there are no specific racks where people pick up and drop off — which made it an ideal location for the study.

Focusing specifically on data from before and after the 2016 arrival of Meituan Bike (formerly Mobike), a brand that represents roughly half of the dockless bike share market in Shanghai, the researchers mapped the intensity of usage around each neighbourhood, then looked at the relationship between that usage and home prices. They also controlled for other factors that could be affecting property values.

The findings show that, in neighbourhoods that are at least 1.2km away from subway stations, bike usage intensity was linked with higher home prices, which points to bike sharing as a complement to the existing subway network.

“When people try to decide where to live, whether they’re renting or purchasing, one of the decisions is how easy it is for them to get to work and back,” said UBC Sauder Professor Anming Zhang, who co-authored the study with Zhengyi Zhou of the Shanghai University of Finance and Economics, and Hongchang Li of Beijing Jiaotong University.

“And when they’re more than a kilometre away from a subway station, bike sharing can fill the gap.”

But it wasn’t all good news for property owners: the researchers also found that in some areas, bike usage intensity was actually linked with lower home prices, likely because of “bike misplacement” — that is, bikes being parked in a cluttered way or in improper locations.

“Because there are no fixed stations, people can place their bikes wherever they find space. So sometimes when riders finish their trips, the dockless bikes are scattered around. They’re so disorganised, and some bikes just fall down because people are rushing, so it doesn’t look pretty,” said Zhang.

“So, if you have an apartment near the station, it can have negative effect.”

However, the study found those negative effects were mitigated in luxury neighbourhoods and other areas where management teams attended to the bikes and minimised clutter.

Bike sharing also had a negative effect on home prices in the immediate vicinity of subway stations, likely because most people living adjacent to the subway wouldn’t need or benefit from them, so their presence has little upside.

Interestingly, both the positive and negative price impacts were significantly amplified during the Covid-19 pandemic. The researchers believe this was due to the increased popularity of bike sharing as people socially distanced from others.

Titled “Does Bike Sharing Increase House Prices? Evidence from Micro‑level Data and the Impact of Covid-19”, the study is the first of its kind to quantify both the positive and negative effects of bike sharing, and the link between dockless bike sharing and home prices. Zhang said the results indicate that bike sharing is likely an industry that will remain viable in cities over the long term.

“They are doing good things for society and perhaps for homeowners,” said Zhang, adding that many bike sharing companies operate at a loss, but with growing demand and government partnerships, their future looks bright.

“Longer term, sustainability and emissions reductions are the way of the future, and bicycles are a sustainable alternative.” Netanyahu in Paris to press Macron on Iran 50 years of EU expansion: Who’s in and who wants to join?

Netanyahu in Paris to press Macron on Iran

50 years of EU expansion: Who’s in and who wants to join?

3.Netanyahu in Paris to press Macron on Iran