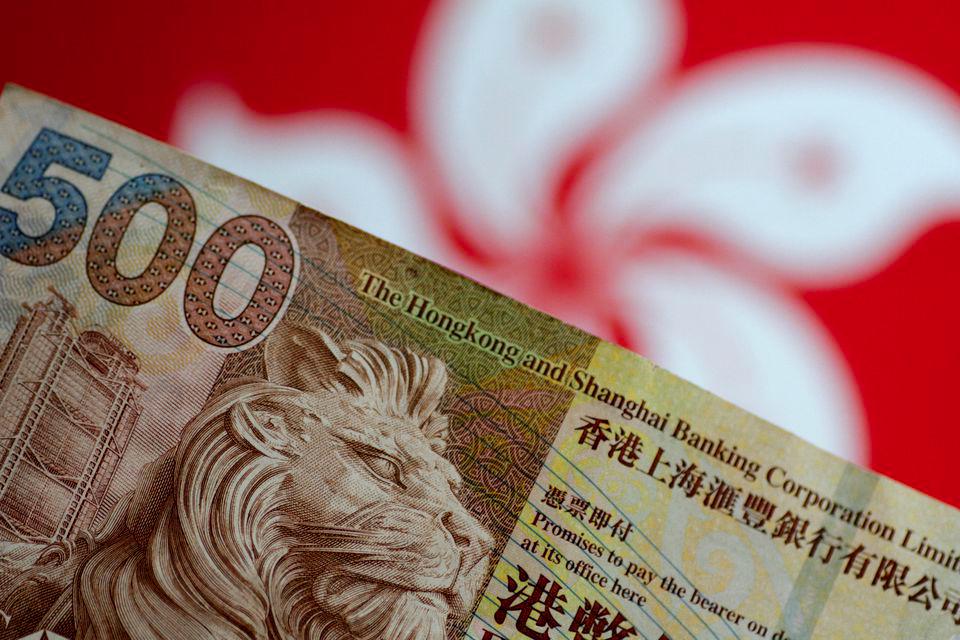 A Hong Kong dollar note is seen in this illustration photo May 31, 2017. - REUTERSPIX

SINGAPORE: Billionaire investor Bill Ackman said he’s betting the Hong Kong dollar will fall and that its peg to the US dollar can break, the latest big money manager to take a public short bet as US rate hikes turn the blowtorch on Hong Kong’s currency system.

“We have a large notional short position against the Hong Kong dollar through the ownership of put options,“ he said on Twitter. “The peg no longer makes sense for Hong Kong and it is only a matter of time before it breaks.”

The Hong Kong dollar has been pegged in a tight band between 7.75 and 7.85 per greenback for nearly four decades and tends to face pressure - and thus far unsuccessful speculative challenges - every time US interest rates go up.

The Hong Kong Monetary Authority (HKMA) maintains the peg by moving interest rates in lockstep with the US Federal Reserve and by currency intervention, which drains Hong Kong liquidity and is designed to drive local rates up until inflows stabilise the currency.

“If you bet against the Hong Kong dollar, you are bound to lose,“ Paul Chan told an audience at an investment summit in the city.

However, some economists say the speed and scale of this hiking cycle is the sternest test yet, particularly as Chinese growth falters, making for an uncomfortable time to be raising rates.

US fund manager Kyle Bass has long bet against the Hong Kong dollar and told Nikkei in July he expects the peg to break. The details of his position or of Ackman’s were unclear. A spokesman for Ackman’s fund, Pershing Square, declined to comment further and Bass’ Hayman Capital Management had no immediate response to a request for comment.

Liquidity is also draining very fast as the HKMA has sucked up about US$30 billion (RM137.1 billion) in some 40 rounds of intervention since the Fed began raising rates in March.

Earlier this month, the aggregate balance - a key gauge of cash in the banking system - fell below HK$100 billion (RM58.48 billion) for the first time since 2020.

Since May, the Hong Kong dollar has been pinned near the weaker end of its band, though has lifted a bit in recent weeks as markets start to price a peak in US rates. It was last at 7.8142 per dollar.

A spokewoman at the HKMA said it would not comment on any individual’s commentary about the peg.

However, “some market participants have at various times expressed their queries about HK’s linked exchange rate system (LERS) over the years. These comments are primarily based on their own misunderstanding on the HK’s system, or the position of their own books,“ she wrote in an email reply to Reuters.

The LERS has endured several economic cycles and periods of significant capital flows over its near 40 years of operation, continues to perform well and does not need to change, the HKMA said. - Reuters