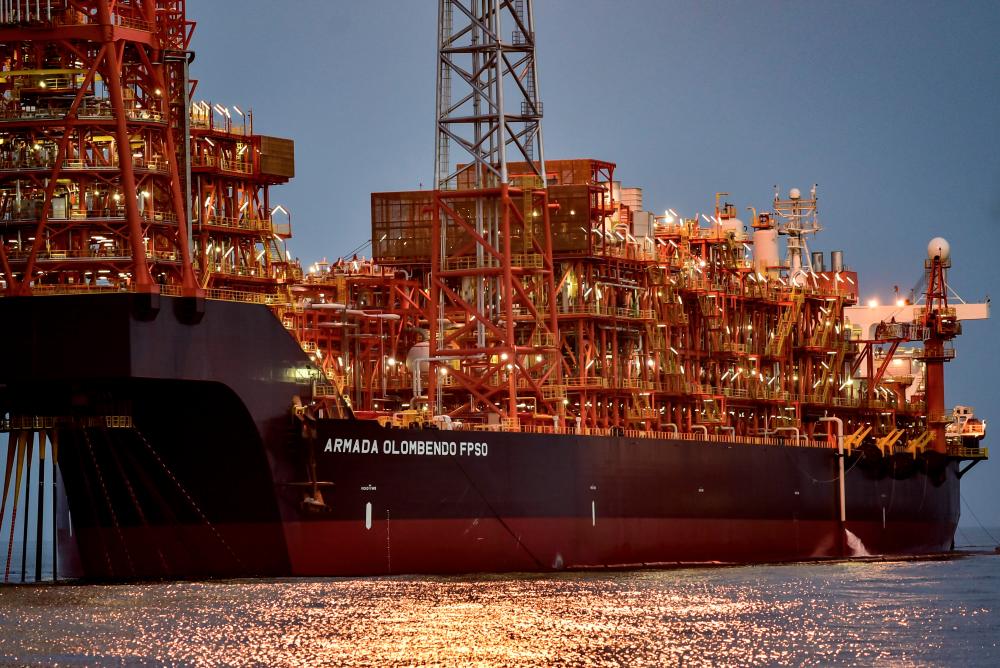 KUALA LUMPUR: Bumi Armada Bhd’s net profit for the first quarter ended March 31 (Q1) rose 28.49% to RM62.21 million from RM48.72 million a year ago mainly due to higher allowance for impairment losses of receivables in 2018.

The group said in a stock exchange filing that the improved earnings was also due to lower depreciation as a result of impairment losses recognised on the Armada Kraken floating production storage and offloading (FPSO) and certain offshore support vessels (OSV) during the financial year ended Dec 31, 2018.

The increase is also contributed by higher share of results from Karapan Armada Sterling III in year-to-date (YTD) 2019 arising from lower tax expense due to recognition of deferred tax assets and lower management fees recognised in YTD 2019.

However, the group’s revenue fell 18.11% to RM491.6 million compared with RM600.34 million in the previous year corresponding quarter mainly due to the completion of the LukOil project in the Caspian Sea in December 2018.

The Malaysia-based international offshore energy facilities and services provider said the floating production and offloading (FPO) business reported revenue of RM425.6 million. The decline versus Q1 2018 revenue is due to lower revenue from Armada TGT 1 FPSO, with the vessel now in its extension agreement contract.

The offshore marine services (OMS) business reported revenue of RM66 million. The decline versus Q1 2018 revenue is due to Armada Installer and Armada Constructor completing their contracts at the end of 2018. The OSV segment was unchanged in Q1 2019, as fleet utilisation remained below 40%.

Offsetting the revenue decline were reductions in expense for cost of sales, selling and distribution cost, and administrative cost. In addition, the group had a stronger contribution from its joint venture and associates in Q1 2019, versus Q1 2018.

Bumi Armada executive director and CEO Gary Christenson said since the close of Q1 2019 the refinancing of its corporate debt has now been completed and it will monetise under-utilised assets to accelerate debt reduction.

“We are looking to stabilise the financial performance of the group through various efficiency and performance improvement initiatives. Our focus will be on improving our performance on Armada Kraken, selectively pursuing new FPO projects and strengthening the balance sheet to support growth going forward,” he said in a statement.

AmInvestment Bank maintained its “hold” recommendation on Bumi Armada with an unchanged fair value of 20 sen per share, based on a 30% discount to its sum-of-parts of 33 sen per share.

The discount stems from the lingering possibility of a dilutive equity-raising exercise against a backdrop of a heavily geared balance sheet, despite a RM3.1 billion short-term debt likely to be reclassified to long-term debt in Q2 2019, following the waiver from financiers on the FPSO Kraken’s final acceptance delay and breach of sukuk financial covenants.

“Our forecasts are unchanged as the group’s Q1 2019 core net profit of RM62 million was generally in line with forecasts, accounting for 27% of our FY19 forecast earnings and 26% of consensus. As a comparison, the group’s Q1 accounted for 28–38% of core earnings over the past two years. Additionally, the group did not declare any dividend, as expected.”

The research house expects Bumi Armada to register softer earnings in the subsequent quarters given that the group’s interest rate has risen by 2ppts on a US$660 million (RM2.7 billion) refinanced term loan since May 23 this year.

It said management is unable to provide clarity on Armada Kraken fully achieving the client Enquest’s contracted production targets while the group’s construction vessels could be idle in the Caspian Sea this year since December last year, unless additional work scope can be secured from Lukoil.

“For the group’s joint venture with Shapoorji Pallonji Oil & Gas to provide an FPSO vessel to ONGC for the ONGC NELP Block KG-DWN 98/2 Development Project Cluster-II field off Kakinada, India, we estimate that a capex of US$1.3 billion, 30% equity stake and debt-to-equity financing ratio of 80:20 will mean that the group will need to raise additional equity financing of RM327 million. This appears uncertain given that Bumi Armada has just recently refinanced unsecured term loan and revolving credit facilities.”