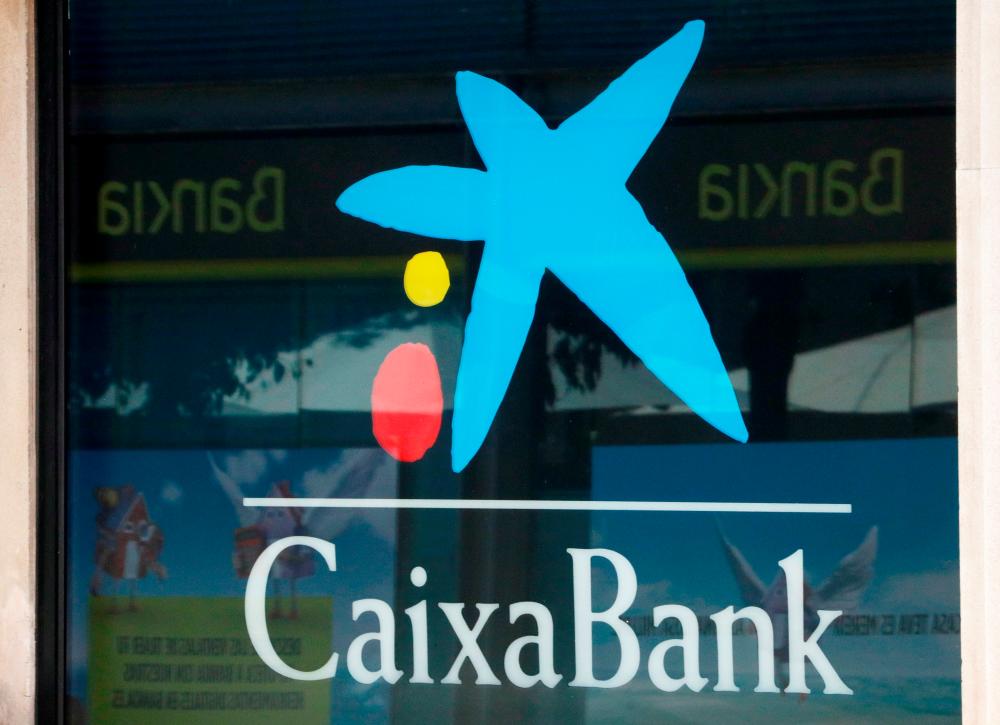 The logo of Bankia is reflected next to Caixabank's logo in a glass window of bank offices near Barcelona. – REUTERSPIX

MADRID: Caixabank and Bankia are set to approve a deal on Thursday that will create Spain's biggest domestic lender, with a combined market value of around €16 billion (RM24 billion).

Negotiating teams from both banks agreed to the merger in principle overnight and board members are due to sign off on Thursday on the financial terms of an all-share deal which would lead to a bank with around €600 billion in assets, two sources with direct knowledge of the talks told Reuters.

"The deal was given white smoke late last night by its main shareholders," one of the sources said, without giving any financial details.

Bankia, Caixabank and the Economy Ministry declined to comment.

The Spanish state holds a 61.8% stake in Bankia and the foundation of La Caixa holds, through its parent company Criteria, a 40% stake in Caixabank.

The proposed merger marks another round of consolidation for Europe's banks which are struggling to cope with record low interest rates and the economic downturn sparked by the Covid-19 pandemic. More deals are expected to follow in Spain.

Teaming up with rivals offers banks a chance to generate value and cut costs to help to offset an expected increase in non-performing loans. The Caixabank/Bankia tie-up is expected to lead to hefty cuts in jobs and branches.

The deal has been described as a merger, but it is in effect a takeover by Caixabank as it is almost three times as big as Bankia in terms of market value and almost two times by assets.

A source with direct knowledge of the deal said on Monday that Caixabank was considering offering a premium of between 15% and 20% over Bankia's average share price in the last three months, valuing Bankia at around €4 billion.

This would be below Bankia's current value of €4.24 billion, as both banks' share prices have jumped since the merger talks were announced.

Financial details of the transaction have not been announced but taking into account market capitalisation from the day the merger talks were confirmed on Sept 3, Caixabank would hold 77% in the merged entity and Bankia around 23%.

At current market prices, the split would be closer to 74% for Caixabank and 26% for Bankia.

"This is now being finalised and would also be the subject of the board meetings on Thursday, including the exact remaining stakes of current shareholders," a source familiar with the matter told Reuters.

Sources with knowledge of the matter had said the state could end up holding around 14% of the merged entity and Caixabank's main shareholders around 30%.

Any potential deal involving state-owned Bankia has become a sensitive issue in Spain, where a recovery from the country's worst ever recession is now likely to be slower than expected due to the resurgence of the coronavirus infection.

Bankia was bailed out in a €22.4 billion state rescue in 2012, at the height of Spain's financial crisis. So far, Bankia has returned only €3.3 billion of state aid.

But BBVA analysts said the deal would allow the Spanish state to divest its Bankia stake more easily.