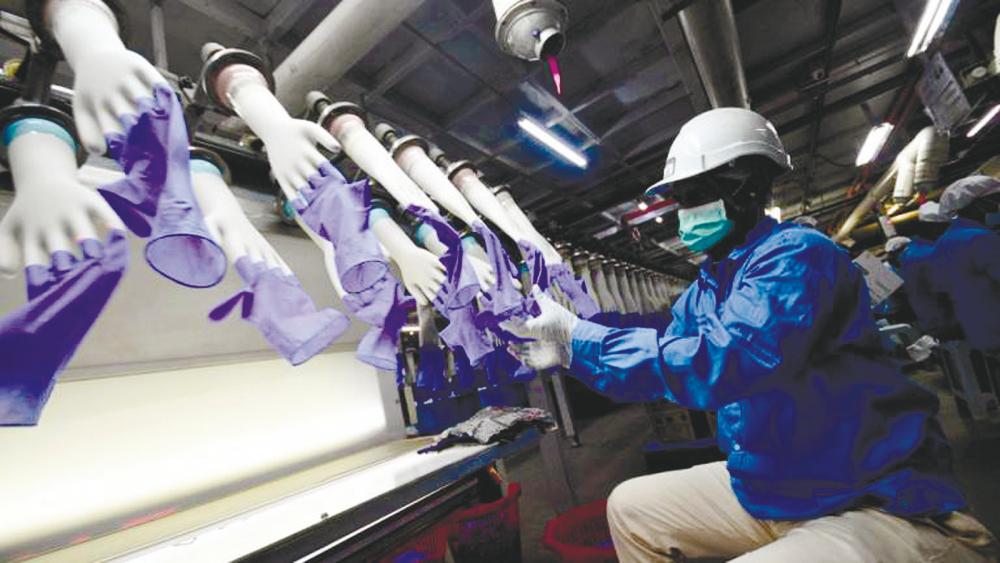 PETALING JAYA: Top Glove Corp Bhd has enjoyed a meteoric rise on Bursa Malaysia with a massive 447.1% gain year-to-date, moving from the tail-end of the FBM KLCI to the number three spot, generating investor buzz and speculation on whether it will be able to grab the top spot from Malayan Banking Bhd (Maybank).

All eyes were on Top Glove after it rose to second place on the benchmark index last Thursday (July 23), when it closed at RM26.12, valuing the group at RM70.5 billion, exceeding Public Bank Bhd’s market capitalisation of RM69.5 billion.

Top Glove stock’s resilience is evident as it emerged fairly unscathed from the US Customs and Border Protection’s decision to place gloves manufactured by two of its Malaysian subsidiaries, Top Glove Sdn Bhd and TG Medical Sdn Bhd, on the detention list on July 16, which led to a 9.6% decline in Top Glove’s share price to RM19.70 from a previous close of RM21.80.

The following day (July 17), the glove maker recouped the losses and continued its upward trajectory with a 16.6% gain to close at RM22.98.

In comparison with Top Glove’s bull run, Public Bank share price has dropped 10.95% year-to-date, while Maybank shares have shed 10.3%, according to Bloomberg data.

On whether Top Glove can dethrone Maybank from top spot, Bank Muamalat’s economist Izuan Ahmad believes that it is possible for the glove maker to do so.

“Albeit it is highly dependent upon the longevity of Covid-19 outbreak throughout the world, including a possible second wave,” he told SunBiz.

Izuan pointed out that under the current pandemic scenario that there will be surges in Covid-19 cases in a few parts of the world, Top Glove stands to benefit further from robust global demand for rubber gloves.

“Higher average selling prices (ASPs) of the gloves from the heightened demand would also contribute positively for Top Glove’s earning capacity and business sustainability,” he said.

The economist also noted that the glove maker’s two-for-one bonus share issue proposal could augur well to enhance its trading liquidity and marketability as the exercise would enlarge its share base up to 8.22 billion from 2.7 billion.

Top Glove is widely expected to report the highest jump in quarterly earnings for its fourth quarter ending Aug 31, 2020. For its third quarter ended May 31, it posted its strongest ever quarterly revenue of RM1.7 billion, with a record high net profit of RM350 million since its inception in 1991.

As a bonus payout to shareholders, the group announced on July 20 a two-for-one bonus issue, which will see up to 5.48 billion bonus shares issued.

According to analysts’ projections, Top Glove’s target price ranges from RM25.40 to RM46.40 a share, as analysts are upbeat over the glove maker’s prospects due to the resilient demand spurred by the Covid-19 pandemic.

Affin Hwang Capital, which has a target price of RM46.40 for the stock, arrived at the figure based on a raised earnings forecast for FY20-22E by 35-310% higher average selling price assumption as well as a lower 2021E price to earnings ratio of 30x based on the counter’s three-year historical mean.

CGS CIMB Research is maintaining its add call on Top Glove, with a target price of RM29.30. It is expecting the glove maker to record a sequentially stronger quarterly profit mainly driven by higher ASPs and an increase in sales volume.

Likewise, RHB Research is keeping its buy call on Top Glove with a higher targer price of RM33.30, from RM28.88 previously.

“As a significant demand-supply imbalance continues, we infer that ASP has increased further. As a result, we have increased our FY20-22 earnings estimates by 17-68%. Post Covid-19, Top Glove’s earnings growth outlook remains positive, as we expect the demand for gloves to continue on an uptrend of 8-10% growth, due to higher hygiene awareness globally,” it said

Bank Muamalat’s economist believes it is possible for the glove maker to take top spot. – BERNAMAPIX