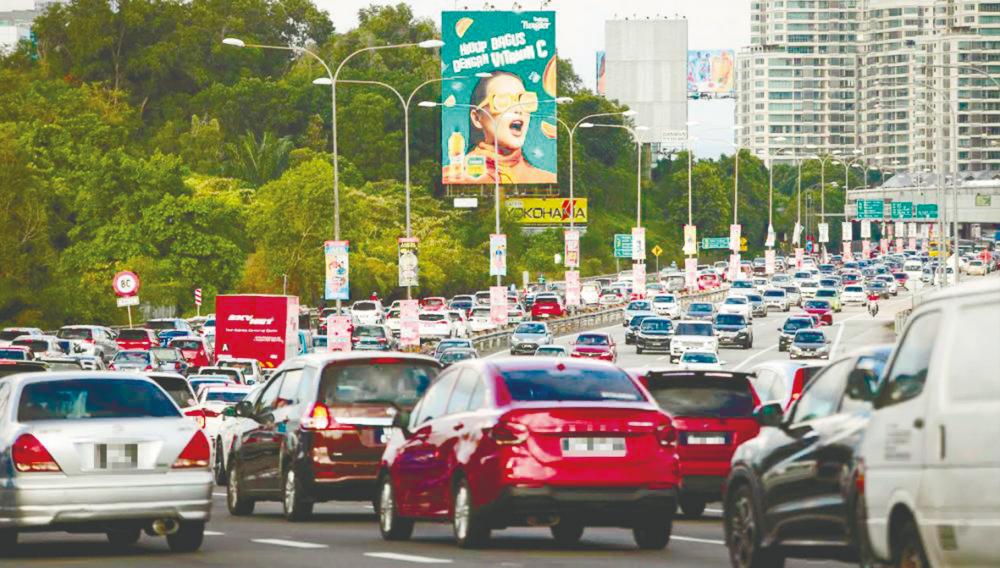 Today’s traffic congestion is the result of car-dependent urban development policies that have made driving-based lifestyle the norm of society. Hafiz Sohaimi/THESUNpix

TRAFFIC congestion is a mired and unsettled problem in nearly every modern society. With the increasing mobility following the reopening of the economy and resumption of business activities, road traffic in Malaysia – Kuala Lumpur in particular – is found to have gotten much worse than during pre-pandemic times.

Given that the country’s vehicle population (33.3 million) has outnumbered its respective human population (32.6 million) – though the figure for vehicle number is subject to argument as it refers to the total registration since 1946 – some proposed old car disposal as a measure to overcome traffic congestions. While such a measure could help in balancing the amount between new and old vehicles, it will not be able to reduce the increasing number of on-road vehicles, as people will replace their old vehicles with new ones in order to fulfil their daily travel demands.

Some opined that reintroducing the work-from-home (WFH) policy could help reduce unnecessary travel and hence avoid further road congestion. This is basically supported by the fact that the congestion level in Kuala Lumpur was found to have declined during the lockdown – from 37% in 2019 to 28% in 2020 and further to 21% in 2021 – based on the TomTom Traffic Index. While WFH may work temporarily in eliminating on-road car use, it definitely cannot last long as people travel not just for the sake of survival and employment, but also for social networking, enjoyment and a better quality of life. Road congestion will soon come back as more cars are attracted to the less congested and free-flowing road conditions created through the WFH policy.

One should realise that today’s traffic congestion is, in fact, the result of our car-dependent urban development policies that have made driving-based lifestyle the norm of our society. With inefficient land-use patterns that cause urban sprawling and lengthen travel distances, coupled with a high car ownership rate (86.8%) among households that forms a large pool of commuters wanting to travel at the same times of day – solutions to this chronic traffic ailment lie beyond eliminating car use or improving public transport accessibility, but to encourage the development of a low-mobility and active lifestyle that balances the three city fabrics: walking, transit, and automobile-dependence.

Transit-oriented-development (TOD) is an initiative that integrates land use with transport by forming compact, mixed-use, and pedestrian-friendly neighbourhoods around major transport hubs. By bringing people and activities closer together in functional, walking- and cycling-oriented places, TOD can effectively control overtravel demand and hence excessive urban traffic and parking. As is happening in many other cities around the world – Stockholm, Copenhagen, Hong Kong, Tokyo, and Singapore – Malaysia has been increasingly embracing the TOD concept, particular in the highly urbanised Klang Valley.

However, with the limited transit catchment areas in many places and the lack of TOD last-mile options that integrate the accessibility back and forth to the transit station, TOD in Malaysia is rather taking the form of transit adjacent development (TAD), which is still encouraging the use of private vehicles.

In other words, TOD in Malaysia is still not able to compete effectively with the coverage, reliability, speed, convenience, and comfort of driving a car.

Most importantly, TOD alone cannot contribute to the reduction in car ownership and travel without deliberate policies to suppress travel demand, such as congestion charges on vehicles for travelling within a zone (as practised in Singapore, London, Stockholm, Sweden and Milan) or car licence plate auctions for the right to buy a car (as practised in Shanghai and Beijing).

As long as our private car ownership and usage are not being restrained or controlled, coupled with the availability of affordable cars and fuel subsidy programmes, there will surely be an ever-increasing number of motorists and lengths of their motorised trips. 3.A Datuk seri among 25 arrested at wild party in Janda Baik

4.Zverev in fight to be fit for US Open