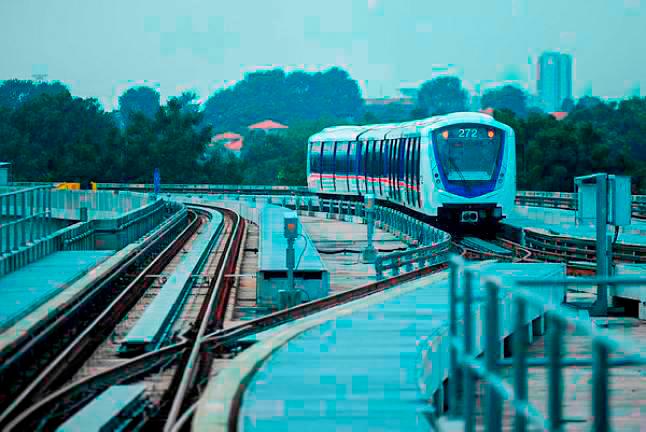 Pic for representational purposes only.

Chief executive officer Datuk Mohd Zarif Hashim said the project that received approval from the Cabinet in 2019 was a government commitment that needed to be implemented.

“The first Cabinet approval (for the project) was given in 2019. In 2020, there were further discussions in the Cabinet.

“This project is a commitment from the government, as a country, we have to do it. The project is also halfway through with all the land already purchased,” he told reporters after the RTS and Impact on Johor Seminar at the University of Reading Malaysia, here, today.

Asked if the frequent flash floods in the city would delay the progress of the project, Mohd Zarif said it should not interfere because the project site is on high ground.

Regarding the development of RTS, he said the project has so far reached more than 20 per cent and is running according to schedule, including the construction of the depot located in Wadi Hana, here.

“Now it is being built (depot), including peeling and foundation. From there, we will raise the building,” he said.

Mohd Zarif said the RTS project, which can reduce traffic congestion and shorten the journey by about 15 minutes from Johor Bahru to Singapore, is expected to bring economic spillover and investment to Johor.

“What is most important is that we want to encourage investment in terms of goods and services, thus encouraging foreign direct investment (FDI) into Johor.

“It will also attract approximately 1,500 construction job opportunities, but the overall impact in terms of supporting industries, hotels, logistics and food we are expecting the creation of about 30,000 jobs,” he said.

The RTS project is expected to be completed in December 2026 and fully operational on Jan 1, 2027.

MRT Corp is the developer and owner of the civil infrastructure for the Malaysian section of the rail project.