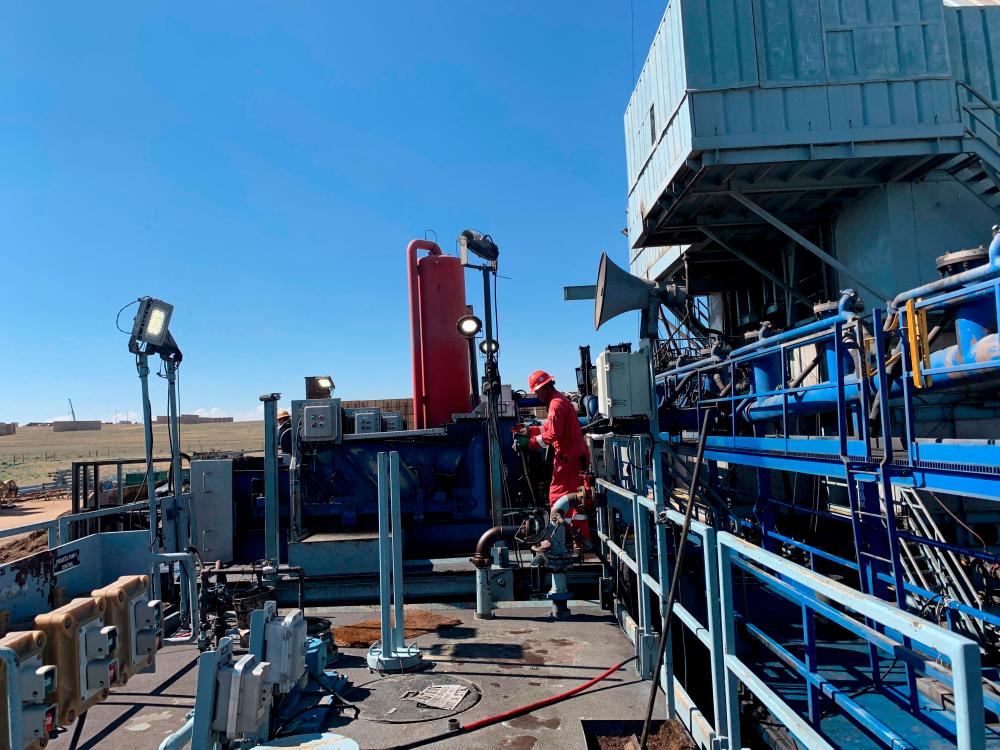 An electric drilling operation in progress at a Chevron site in Kersey, Colorado. – Reuterspic

CHICAGO: Chevron Corp said on Wednesday (Jan 25) it would triple its share buyback programme to US$75 billion (RM319.7 billion), the oil industry’s most ambitious shareholder payouts to date, as high oil and gas prices pad profits.

The oil industry has been facing calls from investors and the White House to put last year’s record quarterly earnings from sky high energy prices into more drilling, acquisitions, or to reduce prices for consumers.

Chevron and ExxonMobil are preparing to report record annual profits for 2022, nearly US$100 billion combined. Those unprecedented earnings led analysts at Citi on Wednesday to ask whether Chevron and Exxon could use the proceeds to buy rivals such as Europeans BP, Shell or TotalEnergies.

Chevron’s disclosure signalled it will allocate a big chunk of those profits to reward shareholders. The industry last year was one of the top sectors in the S&P 500 index after trailing the broader market for years.

The White House last year criticised oil producers for distributing cash to shareholders instead in investing in production to reduce energy prices for consumers. It also pressed oil producers to raise investments in renewable energy.

The US oil producer also raised its quarterly dividend by 6% to US$1.51 per share. The US$75 billion buyback programme has no expiration deadline. It replaces the board’s previous repurchase authorisation of US$25 billion from January 2019 until March 31 this year. – Reuters

1.Nadal out for 8 weeks after Aussie Open injury