China, India and the US look to Malaysia for business growth: HSBC 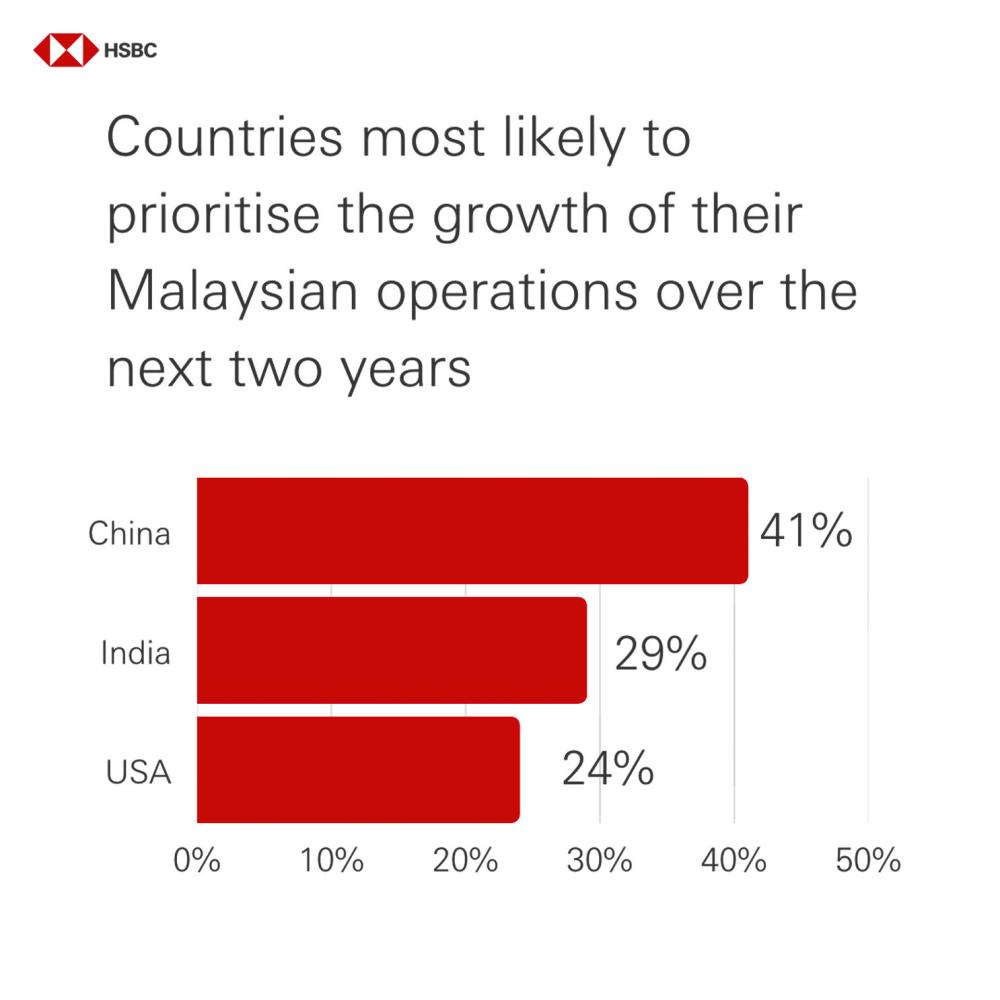 According to HSBC’s latest business survey “HSBC Navigator: SEA in Focus”, compared to other Southeast Asian countries, there is strong Chinese interest in the Malaysian market with Chinese companies almost twice as likely to be planning an expansion of their Malaysian operations: 41% versus an average of 22%. Additionally, three in 10 (29%) Indian companies and one in four (24%) US companies looked to prioritise growth in Malaysia in the next two years.

The report stated that Malaysia is poised for foreign investment in the near future as nearly two in 10 (19%) companies surveyed plan to expand here in the next two years, with particular focus from Indian firms (25%) and Chinese firms (22%).

Foreign companies are attracted to Malaysia for its optimistic economic outlook and the opportunity the Malaysian market provides for developing and testing of new products and solutions.

“Malaysia can expect strong and continued growth in Chinese and US investment. About 42% of Chinese companies were especially attracted by the opportunity to test new products in Malaysia while 43% of US companies operating in Malaysia point to the easier trading afforded by free trade agreements as a particularly attractive feature of the market,” the report said.

On average, the respondents also cited ease of supply chain (30%), proven economic resilience in response to the pandemic (31%) and the growing digital economy (31%) as compelling reasons for business expansion in Malaysia.

The survey included more than 1,500 companies from China, India, US, Germany, France, UK – of which 32% have operations in Malaysia. The survey gauges their sentiment on doing business in the SEA region, with particular focus on trade, digitisation and sustainability.