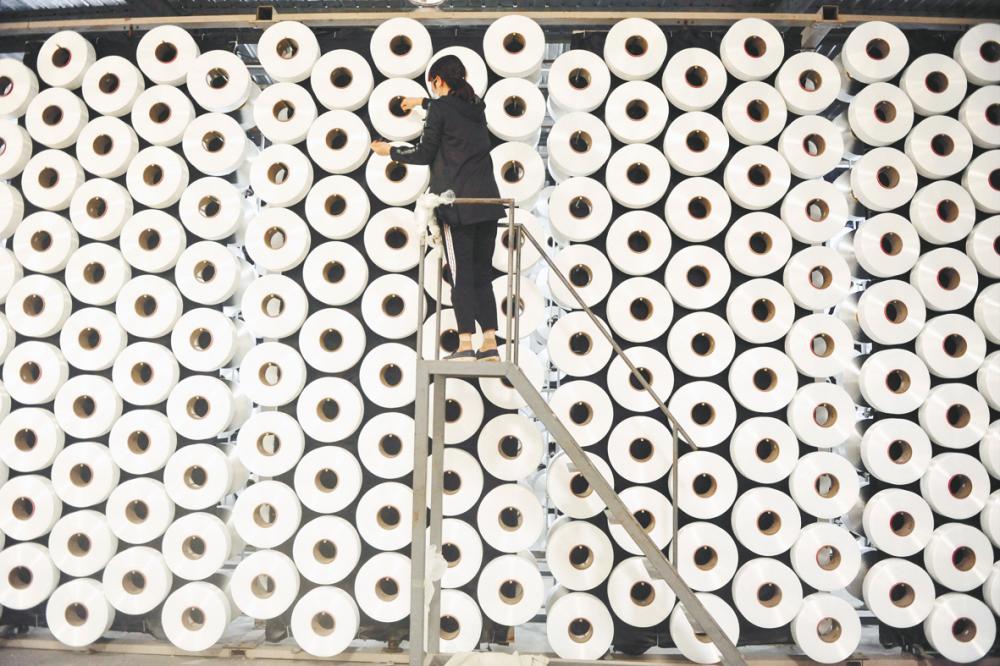 An employee working at a textile factory in Hangzhou, Zhejiang province. China, on Sunday. China is a source of imports not only for finished goods but also intermediate or semi-finished goods for re-export. AFPpix

PETALING JAYA: Lockdowns in China are expected to have repercussions on Malaysia, as the world’s second largest economy struggles with port shutdowns as part of its zero Covid-19 pandemic strategy, according to Inter-Pacific Securities Sdn Bhd head of research Victor Wan.

“This could have a far-reaching impact for Malaysia as it is a source of imports not only for finished goods but also intermediate or semi-finished goods for re-export, and raw input across various sectors,” he told SunBiz.

On March 28, 2022, the Chinese government called for a two-week shutdown in Shanghai, which includes one of the country’s busiest ports, to stem the outbreak as part of its zero Covid-19 strategy. Subsequently, the shutdown entered a two week easing period on April 12 in which residents were allowed to venture out of their homes but remained confined to their neighbourhoods.

At the moment, Wan sees the impact to be rather mild as the shutdowns are limited to Shanghai but given the Chinese government’s zero Covid-19 stance, he foresees the shutdowns could extend beyond the city.

For now, he believes the local producers that depend on Chinese imports would still have stock in hand and the pinch would be felt in three to six months’ time.

“It is important to note that this situation is not unique to us, and it will affect the whole world, given China’s trade position.”

In addition, the situation is also compounded by the shortage of freight containers in the global supply chain that has yet to abate.

The trade figures for March 2022 from Malaysia’s International Trade and Industry showed that China accounted for 16.5% of the country’s total trade, which had increased 15.2% y-o-y to RM39.2 billion, marking the 16th straight months of double-digit expansion.

The ministry revealed that exports to China climbed by 10.7% to RM17.79 billion supported by higher exports of electric & electronic products as well as palm oil & palm oil-based agriculture products. Meanwhile, imports from China expanded by 19.3% to RM21.23 billion.

In the first quarter of the year, China posted a growth of 4.8% year-on-year (y-o-y), higher than the 4.0% growth reported in the same quarter of 2021 and 4.0% registered in the preceding quarter.

Despite the encouraging figure, news reports stated that Zhongyuan Bank’s chief economist Wang Jun, pointed out the growth is still far away from its annual target growth of 5.5%. The chief economist was quoted as saying that March’s growth is severely impacted by the anti-virus curbs, reflected by the greatly hit consumption in the service sector.