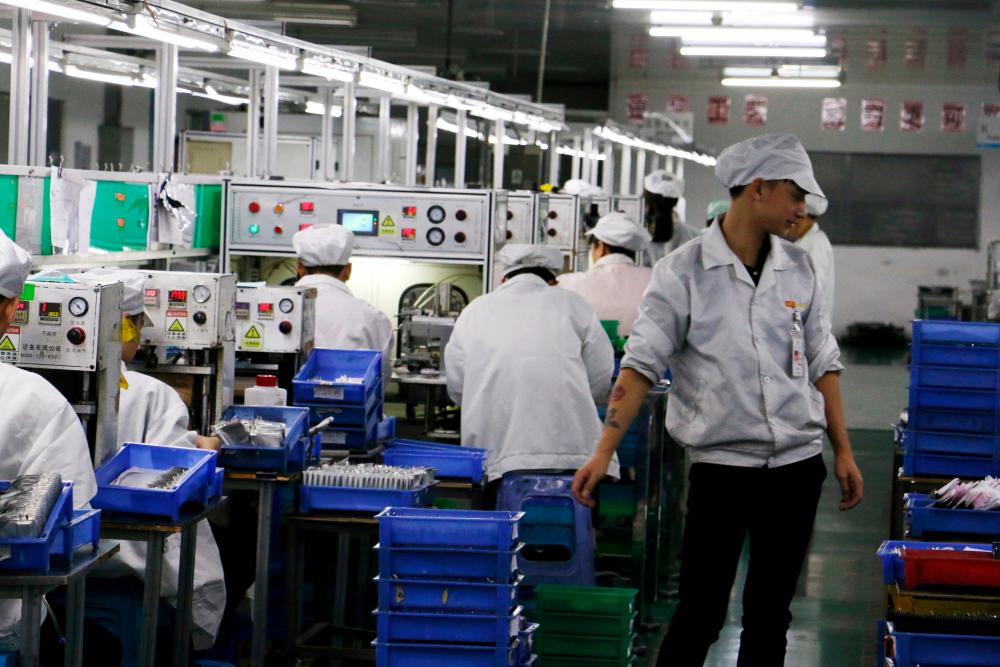 BEIJING: China's factory gate prices rose in annual terms in January for the first time in 12 months and at the fastest rate since May 2019, suggesting gathering growth momentum for the world's second-largest economy.

The producer price index (PPI) rose 0.3% from a year earlier, the National Bureau of Statistics said in a statement, but slightly lagged a 0.4% gain tipped by a Reuters poll of analysts. PPI declined 0.4% in December.

The Chinese economy is expected to grow 8.4% this year, following a 2.3% rise in 2020 in the wake of the COVID-19 pandemic that forced the country to shut down for much of the March quarter last year.

But a resurgence of the virus last month, though mostly isolated to the northeastern provinces, raised concerns about temporary disruptions to production.

Some regional authorities rolled out tough measures including home quarantines and travel curbs to contain what was the country's worst outbreak since March 2020. Numbers of new domestically transmitted cases fell sharply by early February.

China's factory activity grew at the slowest pace in five months in January, official data showed, reflecting the outbreak's impact on production as well as services including logistics and transportation as the country sought to contain COVID-19 ahead of the Lunar New Year holidays.

China does not release several key datasets such as trade, industrial output and retail sales for January and instead reports combined January-February numbers in March, leaving markets with fewer data points to assess the health of the economy.

The consumer price index (CPI) unexpectedly fell 0.3% in January from a year earlier, the statistics bureau said in a separate statement, compared with no change tipped by the Reuters poll and a 0.2% rise in December.

The slip into deflation was mainly caused by high base effects a year earlier and will likely reverse sharply in February due to Lunar New Year demand, said analysts from Capital Economics in a note. CPI is likely to increase by around 2% by the end of the second quarter, they said.

"That shouldn't alarm the PBOC but will provide reassurance that they are right to focus on controlling credit risks. As such, we think the PBOC will tighten policy this year," they said, referring to the People's Bank of China. - Reuters