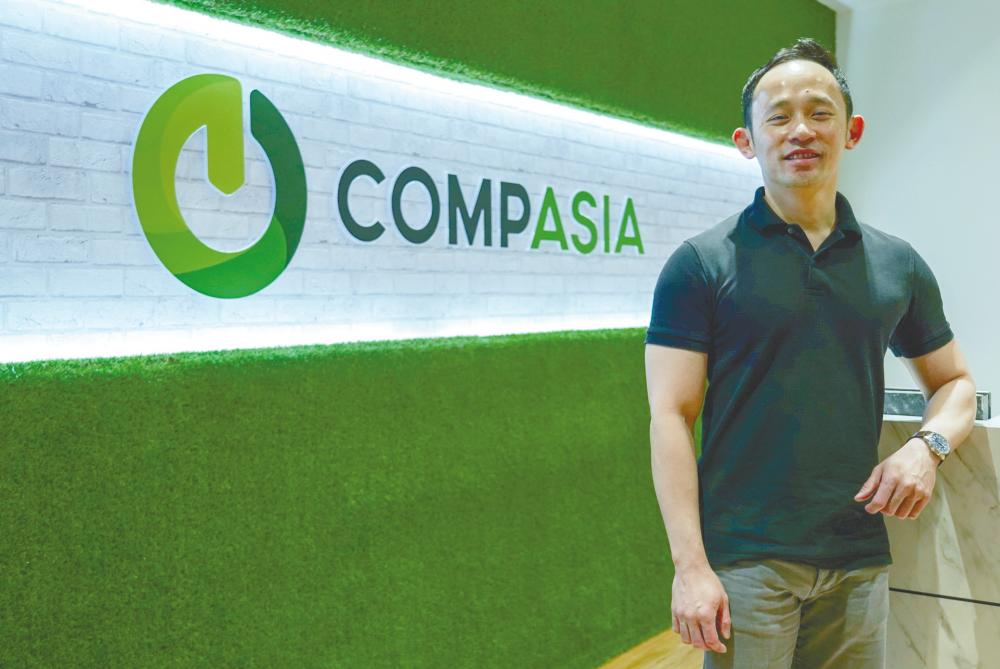 PETALING JAYA: More than just dealing in preowned phones, CompAsia sees technology as an integral part of its device lifecycle management business, which unlocks value for consumers by salvaging the worth of their old phones as well as smoothening the path to acquiring a new one.

Lim explained that the innovation is a testament to the evolution of the business from its start of selling preowned phones to the complete lifecycle of devices, as it offers consumers a channel to purchase and trade in their devices, a financing programme and a lifecycle programme to sell their phones after 12-24 months.

“We designed this kind of programmes to make smartphone ownership a lot more affordable.”

Lim said ReNew+, which was launched earlier this year, utilises an app to credit score consumers by simply scanning their identity card without the hassle of income statement or other such documents.

“We are the only one in the market to offer consumers instant approval, allowing them to walk away with the phone from our partner stores, Apple Store or Seng Heng after obtaining approval without cash changing hands.”

For the initial rollout, the financing programme is offered for iPhone SE and iPhone 7+ and the range will be expanded over time as it understands and learns more about the market.

In Malaysia, CompAsia has established a partnership with all of the major telecommunications companies and mobile retailers by providing them with a trade-in or financing solution.

Lim said the bulk of its business is done through business-to-business-to-consumer (B2B2C) via its partners as they have a lot of retail points.

“However, the growth in this market points towards the direct-to-consumer path which requires a bit more investment and marketing. Nonetheless, we have a decent brand awareness as consumers are aware of us as well as those in the mobile phone retailing and distribution business,” he said.

Lim attributed CompAsia’s popularity to its commitment towards customer data protection as it erases all data in the phones it processes so as to ensure that there is no residual data left, which gives comfort to its consumers.

The customer confidence reflects the growth trajectory of the group, having started off in Malaysia and Singapore, seven years ago. Today, it has grown exponentially in the past three years as it expanded into new markets, the Philippines, Vietnam and Thailand as well as invested in India.

In regard to Asean’s grail market, Indonesia, Lim disclosed that CompAsia plans to expand into the archipelago this year but the Covid-19 pandemic has thrown a wrench into the works.

“We’re probably expanding into Indonesia next year, as we have to see how the Covid-19 situation plays out as the country has been affected quite badly and this has limited our ability to travel,” he said.

Despite having established a dominant presence in the used-phone market in the region, CompAsia sees a huge potential on the horizon in the fragmented niche.

“Globally, roughly 10% of new phone sales are associated with trade-in and if you look at Southeast Asia, about 100 million new smartphones are sold a year,” according to Lim. He noted that there are at least 10 million used-phone-related sales in the region but it is far from the full potential.

“One thing that is really clear across the markets is the lack of a dominant player, thus there is an opportunity for us to become the one.”

For this year, Lim said, CompAsia has targeted to grow over 50%, in revenue and numbers of devices processed, and to continue to sustain such growth in the next couple of years. The target translates to more than a million devices processed across all of its markets from about 700,000 devices processed in the previous year.

“A listing is in our pipeline for the next two or three years and we want to get to a comfortable position before doing so,” Lim said.