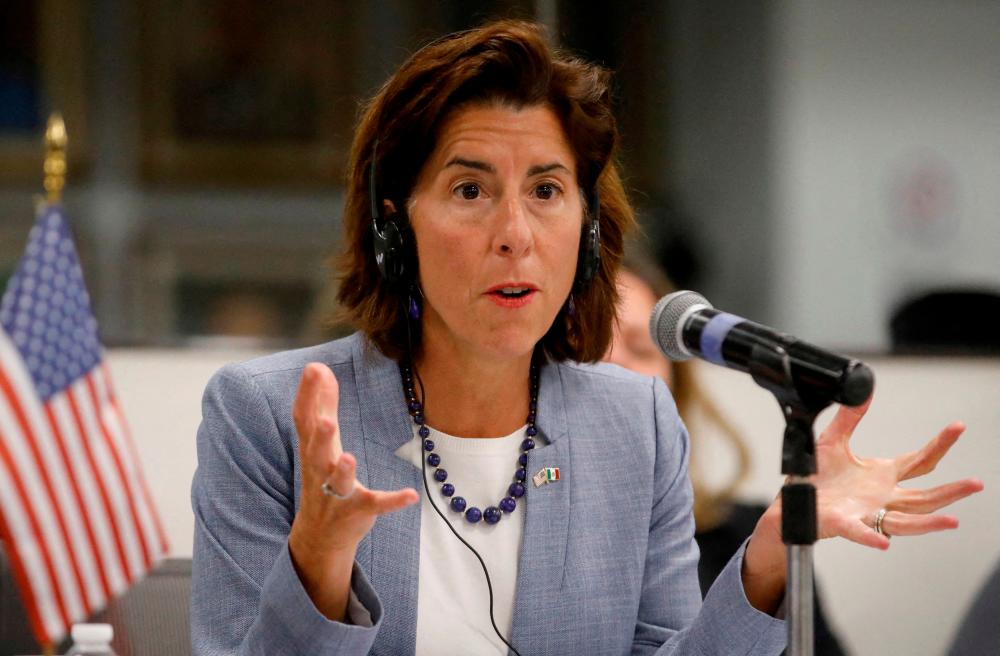 WASHINGTON: US Commerce Secretary Gina Raimondo (pic) said on Wednesday (Nov 30) Washington must do more to counter China while insisting the world’s two largest economies should not isolate from each other.

Raimondo cited US strengths like American universities, billions of dollars in government funding for semiconductors and research, and strong allies around the world as assets when competing with China.

“Despite all of these advantages – and they are many – competing effectively with China isn’t going to be easy. It’s going to take hard work and it’s going to take the work of everyone, not just the government,” Raimondo said at a speech at MIT.

She said the United States is “not seeking the decoupling in any way of our economy from that of China’s”.

She added that “cutting edge technology, that China wants to get its hands on to put into military capacity ... we’re not going to allow that”.

The United States and China have sharply clashed in recent years. Raimondo laid out a detailed strategy to counter China in her speech.

“We are aiming to bolster our system of export controls, enhance our investment screening regimes, strengthen our supply chain resiliency, and develop innovative solutions to counter China’s economic coercion and human rights abuses,” she said.

The Chinese embassy in Washington did not immediately comment.

In October, the Commerce Department published a sweeping set of export controls, including measures tightly restricting Chinese access to US chipmaking technology, vastly expanding its reach in its bid to slow Beijing's technological and military advances.

She said for too long America’s export control strategy “was quite reactive” and had “focused on preventing China from expanding its technological capabilities after it accessed American intellectual property.”

China firmly opposes US export controls on semiconductor chips, arguing they hurt Chinese companies and commercial interests of US exporters.

Raimondo told reporters on Tuesday the United States is working with allies on semiconductor tooling restrictions and hopes they “will take steps similar to ours”. – Reuters 5.Mohamad Sabu: A person’s deeds and contributions to society is more significant than honorary titles