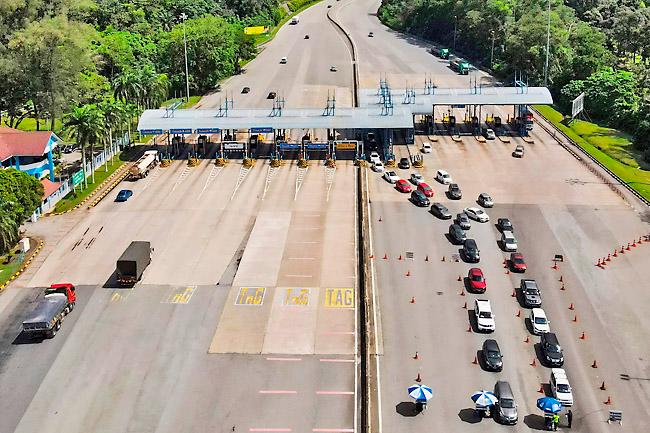 The logistics sector has been identified as a key economic growth area over the coming years, and will require improved port capacity as well as roads to support the trade flow of goods. – AFPPIX

It said the 12MP contains a number of plans and targets for the country’s power and infrastructure sectors and highlights three key features namely, transport infrastructure development with a focus to improve connectivity, a stronger drive towards sustainability and accelerating green infrastructure, and the water subsector as a key focus area for sustainability push.

“The 12MP has highlighted efforts to boost its network of roads and railways, primarily to connect its airports, ports, industrial areas and the main city centre. The government will look to provide fiscal support, and strengthen the institutional framework and regulations around the sector to encourage investments,“ it said in a statement.

The logistics sector has been identified as a key economic growth area for the government over the coming years, and will require improved port capacity as well as roads to support the trade flow of goods. Concurrently, the government aims to improve connectivity with less-developed areas, primarily via highways and railways construction.

“Several states, including Sabah, Sarawak, Kedah, Kelantan, and Terengganu, will be given priority, with at least 50% of the development expenditure allocated to these regions.

“Malaysia’s transport infrastructure sector will outperform the wider construction market over the course of the decade, underpinned by its robust pipeline of transport projects,“ said the research arm of Fitch Ratings.

The carbon neutrality target by 2050 is one of the key targets and strategies by the government to support its domestic renewables sector over recent years.

A number of regulations have already been put in place to encourage investment into the sector, including Feed-in-Tariffs, tax incentives and renewable energy auctions. As part of the Budget for 2021, the Green Investment Tax Allowance and Green Income Tax Exemption incentives will be extended to 2025, based on the expanded qualifying list of green assets 2020.

Concurrently, the Green Technology Financing Scheme 3.0 will be guaranteed by Danajamin at RM2 billion. The government is also looking to enhance green energy trading with the private sector while planning to launch a Renewable Energy Transition Roadmap 2035.

In the coming decade, Fitch expects a robust growth in non-hydro renewables capacity to replace retiring thermal power plants. While coal-fired projects have already been facing headwinds from environmental oppositions and reduced availability of financing.

“In addition, the government is looking to introduce carbon taxes. Earlier, the Ministry of Environment and Water said that they were looking to launch a domestic emissions trading scheme,“ it said.

For the near to medium term, the research arm believes the impact of carbon pricing will remain limited, due to structural issues to be resolved before its launch including the scope, pricing and trading mechanisms, liquidity, and others.

“In addition, Malaysia’s policymakers will have to weigh this with its economic recovery considerations, including how the cost might end up being passed on to consumers,” it said.