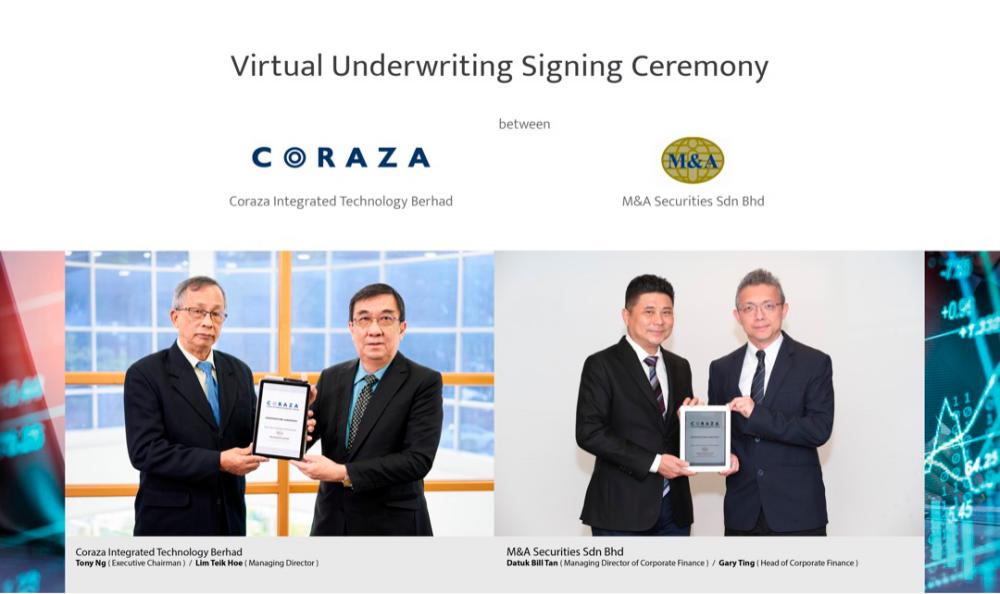 The IPO entails a public issue of 117.8 million new shares in the integrated engineering supporting services provider representing 27.5% of its enlarged share capital alongside an offer for sale of 21.4 million existing shares to selected investors by way of private placement.

The group stated 21.4 new million shares of the 117.8 million new shares issued will be made available to the Malaysian public via balloting, 21.4 million new shares has been set aside for its eligible directors, employees and persons who have contributed to its success under a pink form allocations.

Under the agreement, M&A Securities will underwrite a total of 42.8 million new shares made available to the Malaysian public and pink form allocations. Coraza is principally involved in the fabrication of sheet metal and precision machined components, as well as the provision of related services such as design and development (D&D) and value-added sub-module assembly services.

It supports customers in a diverse range of industries such as semiconductor, instrumentation, life science and medical devices, telecommunications, aerospace, and electrical and electronics (E&E).

Its managing director, Lim Teik Hoe stated the underwriting agreement reflects M&A Securities confidence in the group and marks a step closer towards its listing.

“The listing will allow us to tap into the equity capital market to raise funds to accelerate the growth of our engineering supporting services business and further strengthen Coraza’s financial position as we embark on the next phase of our business expansion plans,” he said in a statement.

Lim said the proceeds raised from the exercise will be primarily used to partly finance the construction of a new factory adjacent to its current factory in Nibong Tebal, Pulau Pinang as well as the purchase of new machinery to improve its production capacity and service offerings.

The managing director revealed Coraza has purchased and commissioned machinery in the third quarter of this year and will progressively acquire machinery over three years which will increase its capacity by a further 25%.

The group is scheduled to be listed on the ACE Market by January 2022.

M&A Securities is the adviser, sponsor, underwriter and placement agent for the IPO exercise.