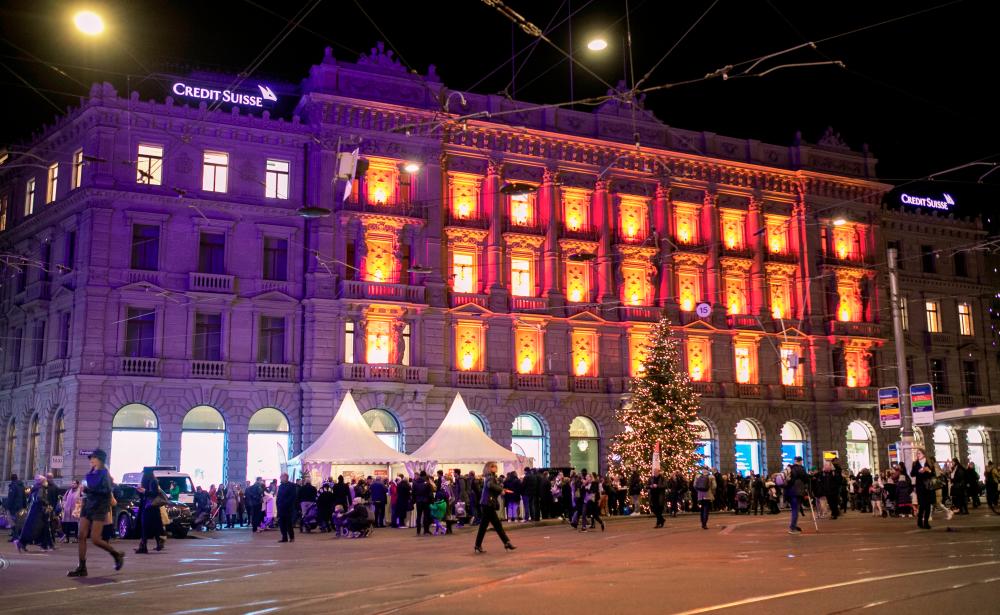 Christmas illuminations are seen at the headquarters of Credit Suisse in Zurich on Thursday. – Reuterspic

The capital increase, which was approved by investors on Wednesday, is intended to fund the embattled bank’s turnaround plan, an attempt to recover from the biggest crisis in its 166-year history.

The 4 billion francs Credit Suisse expects to raise from the share placement and the rights offering will be used to support its restructuring and shift away from investment banking.

Under the capital increase, shareholders will be allotted one pre-emptive subscription right for each share they hold on Nov 25. Seven rights will allow the holder to purchase two new shares at the discounted price of 2.52 francs per share, with the exercise period running from Nov 28 to noon local time on Dec 8.

The number of shares and the price are the same as previously outlined by the bank, based on a reference price set at 4.07 francs per share.

Credit Suisse shares, which have lost 59% of their value so far this year, closed on Thursday at 3.551 francs.

Earlier this week Credit Suisse flagged that it was on course for a pre-tax loss of up to 1.5 billion Swiss francs in the fourth quarter, continuing to bleed billions of francs as wealthy clients turn their back on the bank.

The listing on the Six Swiss Exchange and first day of trading for the new shares from the rights issue is expected to take place on Dec 9.

The nominal share capital of Credit Suisse Group has already risen 17% following the completion of the share placement portion of the capital increase. – Reuters