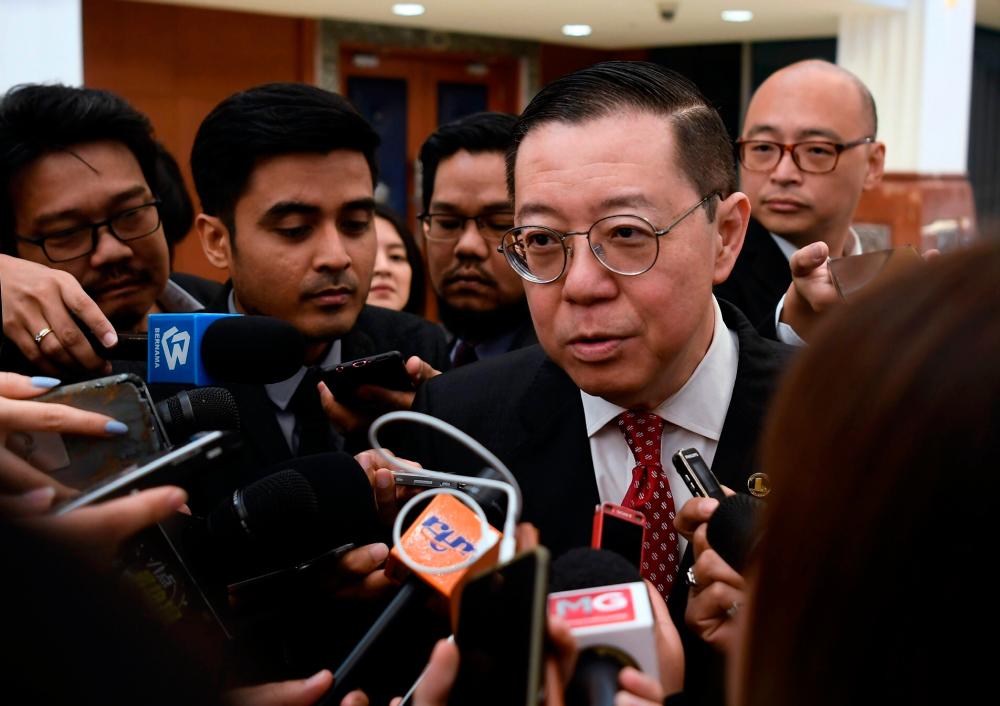 He said this was to avoid misinterpretation on the Samurai bond.

The Samurai bond is a government-to-government arrangement and also the efforts by both Prime Minister Tun Dr Mahathir Mohamad and his Japanese counterpart Shinzo Abe, which aims to foster closer economic and cultural ties between Malaysia and Japan.

Meanwhile, asked on the Auditor-General's ((AG) suggestion to limit government guarantees, Lim said at the moment, although the decision on the guarantees was made by his ministry, all approvals would go through the Cabinet first.

"We always go through Cabinet to get approval. It must get Cabinet approval.

"After the separation between the post of the prime minister and finance minister, there is check and balance," said Lim.

On Oct 15, AG Datuk Nik Azman Nik Abdul Majidsaid there was a concern over the ability of five subsidiaries under the Ministerof Finance Incorporated (MoF Inc) to meet their debt obligations.

He stated that the companies had the obligation to repay the advances from the government, referring toSection 8 of the Loans Guarantee (Bodies Corporate) Act.

3.Disciplinary action can be taken against civil servants who refused vaccination - KSN