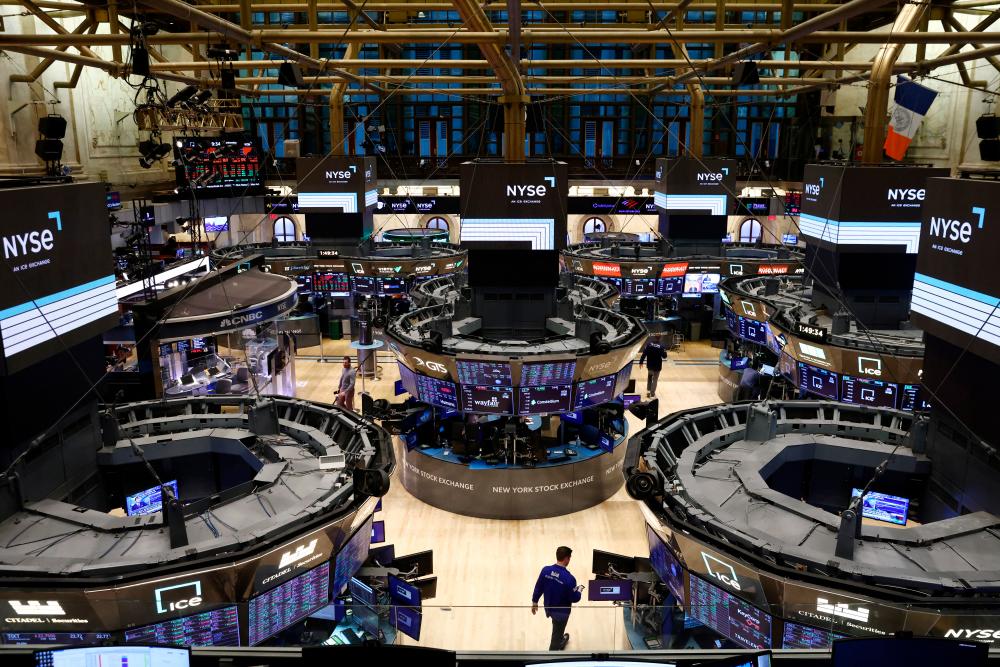 A view of the trading floor at the New York Stock Exchange on Wednesday, Jan 25. – Reuterspic

“I think that investors have been caught off-guard at the speed which stocks have risen as we entered into the new year,” said Tom Cahill of Ventura Wealth Management.

“Some are pulling back a little bit because of concerns over earnings, and in particular Microsoft,” he added.

All three major US stock indexes pared their losses throughout the afternoon to close well off session lows, with the blue-chip Dow eking out a small gain in the final minutes.

The tech-laden Nasdaq was weighed down after Microsoft Corp, the first major technology firm to post quarterly results, offered dour guidance and raised red flags with respect to its megacap peers which have yet to report.

“We’ve had up and down days, that indicates an ongoing tug-of-war,” said Chuck Carlson, chief executive officer at Horizon Investment Services in Hammond, Indiana. “The dour guidance good news from the standpoint of what the Fed is doing is working.”

“That outcome has become the catalyst for the market one way or the other,” he added. “Earnings matter but what’s really got the market’s focus is the Fed interest rate/inflation story.”

5.Benzema, Vinicius strike as Real fight back to sink Atletico