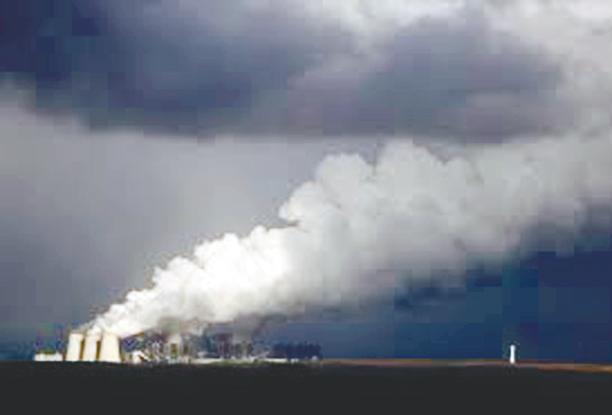 Smoke rising from a coal-fired power plant in Germany. The EU CBAM may well set the tone for other climate regimes that are expected to be implemented around the world. – REUTERSPIX

PETALING JAYA: The European Union’s Carbon Border Adjustment Mechanism (CBAM), which the EU proposes to implement by the end of 2025, is expected to affect Malaysia even though it is confined to its member countries, due to its link to the global supply chain as Europe is Malaysia’s fifth largest trading partner, accounting for 7.4% of its total trade.

The CBAM seeks to equalise the price of carbon between local products and imports and is aimed at addressing carbon leakage in which companies shift production or switch the source of goods from places with strict emissions regulation to less regulated markets and countries.

Ernst & Young Consulting’s climate change and sustainability services partner, Arina Kok, pointed out that the EU CBAM may well set the tone for other climate regimes that are expected to be implemented around the world.

In regard to the impact of the proposal, she noted that trade between the two economies stood at €35.2 billion last year with Malaysian imports into the region amounting to €24.7 billion in 2020, while EU exports to Malaysia reached €10.5 billion.

“To remain internationally competitive, Malaysian exporters must start preparing their operations to manage relevant carbon price regimes and, at the same time, ensure that the goods are produced with greater greenhouse gas efficiency,” Kok told SunBiz.

She said the EU CBAM and any upcoming carbon tax regulation imposed by other trade partner jurisdictions are just several transition risks that Malaysian businesses need to start managing to remain relevant and competitive, as the global economy embarks on decarbonisation.

She opined that, overall, there is a need to allocate resources to focus on sustainability and decarbonisation and assess the impact of global carbon pricing initiatives such carbon taxes and ETS.

“In particular, there is a need to focus on reduction of natural resource consumption, including energy efficiency initiatives, emission reduction technologies, switching to alternative fuels such as renewable energy, and innovation of new low-carbon products and manufacturing processes.”

To do so, Kok suggested businesses establish an internal carbon pricing which would help them internalise the cost of emissions associated with a business activity and establish a price signal that could be factored in their investment decisions.

On this issue, UN Global Compact Network Malaysia & Brunei’s (UNGCMYB) executive director, Faroze Nadar, outlined three potential courses of action. The first of which is for businesses to adopt an efficiency-focused approach – on energy, water, and waste, among others – as it would not get overwhelmed by the complexity of transforming business processes and investment cost in the short term.

He also recommended businesses to set science-based targets, a set time-bound, third party validated emissions reduction goal aligned to meet the targets set by the Paris Accord. Finally, the UNGCMYB head called for the development of a voluntary national carbon trading scheme.

“We should allow for an inclusive approach that experiments new ways that carbon credits can be produced as long as it has a basis of transparency and traceability so as to encourage as many carbon reduction projects as possible to generate credits that makes them economically viable.

“We should promote a willing buyer-willing seller approach for carbon credits so that the market will naturally weed out misfits without the need of expensive certifications as a barrier to entry,” Faroze said.

On the whole, he acknowledged there is an understanding and expectation gap between policy makers and the private sector when it comes to climate action. He gave the example of the challenge involved in aligning Malaysia’s updated National Determined Contribution plans to private sector climate action arising from inertia from businesses on what they are required to do.

“To compound matters, climate action is seen as both expensive and complex and doesn’t fit into a short term return-on-investment timeframe which is not helped by policies that disincentivise actions.”

Faroze highlighted that alignment between policy makers and industry is crucial to avert climate impact in the long term, but in the short to mid term this would be a trade issue.

“We will lose competitive advantage from an environmental perspective, especially when all our resources and understanding are now geared to look mostly at traditional profits and losses issues.”

3.Floods: Over 1,000 people in five states evacuated to relief centres

4.Woman thankful for life with daughters and lessons learnt from failed marriages