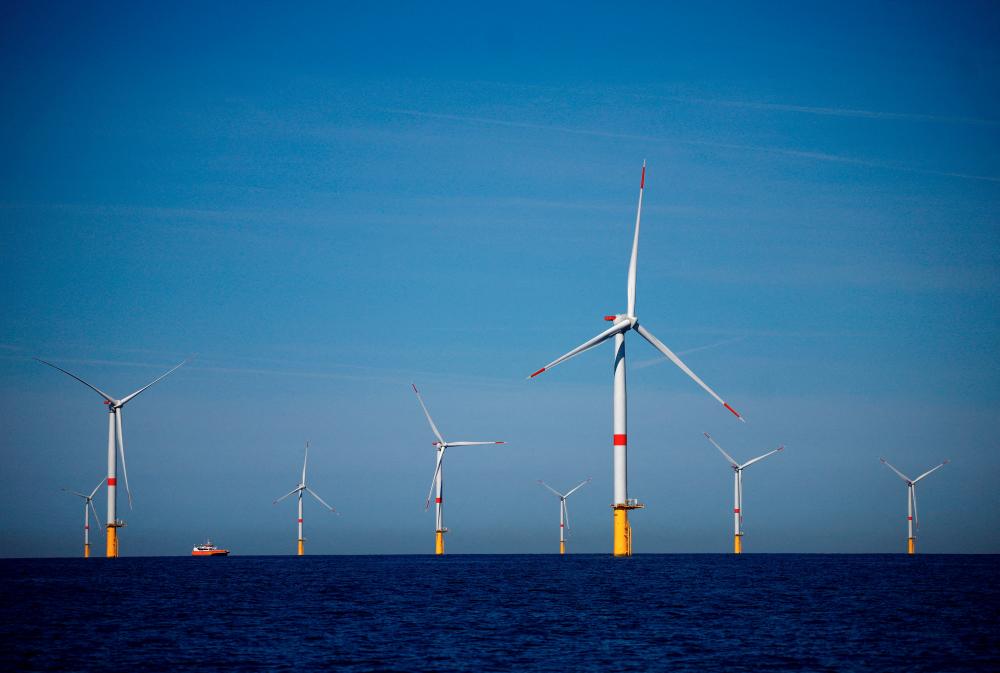 View of wind turbines at the Saint-Nazaire offshore wind farm, off the coast of the Guerande peninsula in western France. European energy companies are seeking a foothold in the US wind power industry’s expansion to the Pacific Ocean. – Reuterspic

WASHINGTON: The US government’s first-ever sale of offshore wind development rights off the coast of California drew US$757.1 million (RM3.3 billion) in high bids, mainly from European companies seeking a foothold in the US wind power industry’s expansion to the Pacific Ocean.

The auction began on Tuesday and ended on Wednesday (Dec 7), the offshore wind industry’s first chance to snag leases in waters off the US West Coast. It was a milestone in the global expansion of floating wind, a fledgling technology necessary in deep waters like those off the coast of California.

“Today’s lease sale is further proof that industry momentum – including for floating offshore wind development – is undeniable,” US Interior Secretary Deb Haaland said in a statement.

The Interior Department'’s Bureau of Ocean Energy Management (BOEM) auctioned five lease areas equal to a combined 373,267 acres (151,056 hectares) off California's north and central coasts. Previous federal offshore wind auctions have all been for leases in shallower waters of the Atlantic Ocean.

Winners of the five leases were mainly divisions of European energy companies already developing projects in the US offshore wind market.

The US$2,028 per acre the leases fetched was well below the nearly US$9,000 an acre some of the same companies paid earlier this year for leases in shallower waters off the coasts of New York and New Jersey. It was also lower than the US$2,861 per acre leases off the coast of North Carolina commanded at a May auction.

The lower prices were due in part to risks developers must take on deploying an emerging technology and less regulatory support for offshore wind in California than in East Coast states, which have state mandates for offshore wind procurement.

Another damper may have been a slowing global economy and higher interest rates tied to rising inflation. Just seven bidders participated out of an original list of 43 that were approved.

“The macroeconomic environment has hardened significantly over the last six to 12 months,” said Alon Carmel, a partner at consultancy PA Consulting who advises offshore wind companies. “Anything that increases the cost of capital, the cost of finance, has a big negative impact on the economics of the project,” Carmel said.

About 100 megawatts of floating wind capacity is currently installed in the world compared with 50 gigawatts (GW) for conventional offshore wind.

Earlier this year, the administration said it aimed to have 15GW of floating wind capacity along its coastlines by 2035, enough to power about 5 million homes.

That goal is aligned with the government's other target for permitting 30GW of total offshore wind by 2030 -- a cornerstone of President Joe Biden's agenda to fight climate change and create jobs. – Reuters Malaysian Student Association in Turkiye confirm they are safe 1.Lavrov in Iraq to discuss US sanctions over Ukraine

2.‘So scared’: Fear of aftershocks in debris-strewn Turkey

5.Malaysian Student Association in Turkiye confirm they are safe