FGV to remain as major shareholder of MSM 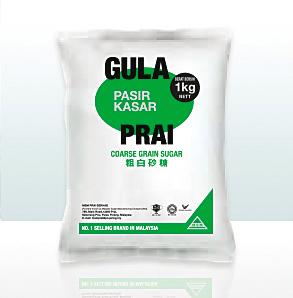 KUALA LUMPUR: FGV Holdings Bhd will maintain its status as the major shareholder of sugar company MSM Malaysia Holdings Bhd even if it were to enter into strategic collaborations that involve share disposal.

Group CEO Datuk Haris Fadzilah Hassan said the company is open for discussion that could further strengthen MSM business but would like to remain as the major shareholder as it believes demand for food and energy would continue to grow.

“We believe that the demand for food and energy will always be growing, so we like to stay in this food business as sugar also is part of the food business,” he told reporters after witnessing the signing of a memorandum of understanding (MoU) between FGV Palm Industries Sdn Bhd’s, Biotek Dinamik Sdn Bhd and Sime Darby Energy Solutions Sdn Bhd today.

Haris Fadzilah said any collaboration entered into by MSM would be aimed at utilising the refining capacity of MSM refineries, as well as opportunities for overseas market.

He said among the targeted overseas markets are China, India and Indonesia which are the world’s top sugar consumers.

MSM, 51%-owned by FGV, currently holds 60% of the sugar market share in the country, while the rest falls under Central Sugars Refinery Sdn Bhd.

Commenting on the board of directors’ remuneration fee impasse, Haris Fadzilah said the discussion is still ongoing between the directors and major shareholders.

“Once the board and shareholders have something concrete, we will issue a statement on this,” he said.

The directors are also committed to turnaround the company despite the fee impasse, he said, adding that,“ I commend them for their commitment.”

Shareholders also voted against a resolution that gives authority to directors to allot and issue shares pursuant to Section 75 of the Companies Act 2016.

The Federal Land Development Authority (Felda) is FGV’s largest shareholder at 33.7%, while Koperasi Permodalan Felda Malaysia Bhd and the Armed Forces Fund Board hold 5.25% and 1.25%, respectively.