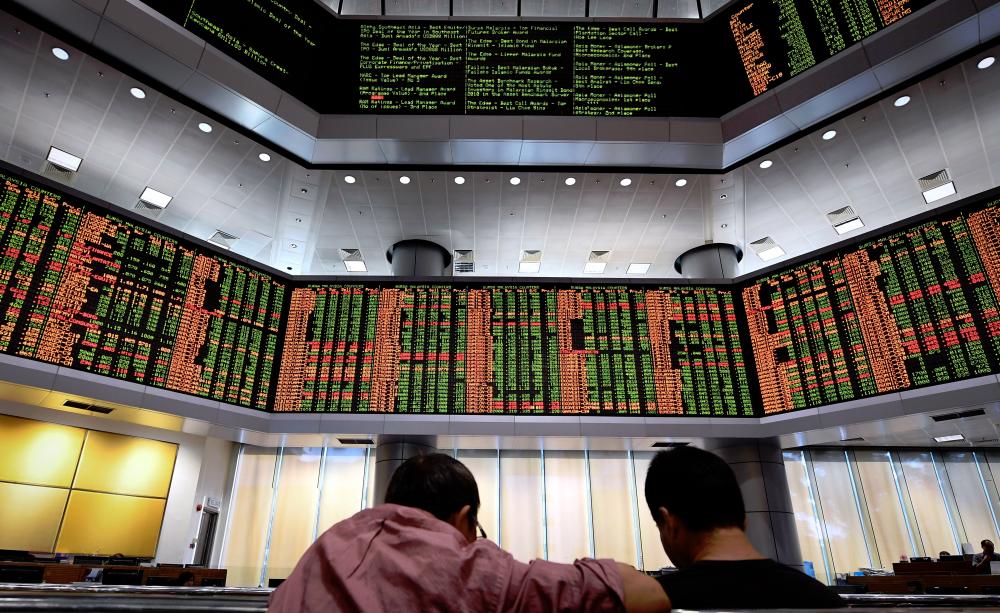 The week started on a subtle note with foreign investors disposing of only RM23.4 million net on Monday following stronger-than-expected manufacturing data from China.

Monday’s foreign net outflow was the smallest in a day since late October 2019.

International investors later poured RM260.6 million out of local equities on Tuesday, after fears emerged from the US’ intention to propose tariffs on roughly US$2.4 billion of French products in response to a digital services tax impacting US tech companies.

Foreign net selling then peaked during the week on Wednesday at RM346.7 million net as US President Donald Trump downplayed China’s urgency in reaching a deal, the note stated.

Offshore investors continued to reduce exposure albeit at a slower pace tune of RM88.3 million.

“Risk-on mood improved as the US and China were moving closer to agree on the amount of tariffs which will be rolled back in a phase-one trade deal despite harsh rhetoric over Hong Kong and Xinjiang,” MIDF said.

On Friday, the momentum of foreign net selling momen-tum slowed down further to a tune of RM80.4 million, as investors cheered the news of China planning to waive retaliatory tariffs on imports of US pork and soy by domestic companies.

In terms of participation, foreign investors saw a huge drop in average daily traded value by 49.4% to reach below RM861 million, the lowest in six weeks.