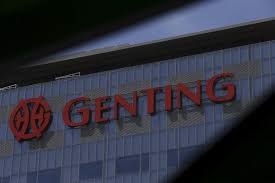 PETALING JAYA: HLIB Research, which has upgraded the gaming sector to “overweight” from “neutral”, believes that share prices of gaming stocks have overreacted to the increased competition of the VIP segment in the region.

“We still favour Genting Singapore Ltd (GenS), as valuations are attractive and believe that any favourable news from Japan pertaining to the casino bill this spring will create excitement,“ it said in a report.

The sector upgrade was in line with its recent upgrades on Genting Malaysia Bhd (GenM) and Genting Bhd (GenT).

GenS is currently among the remaining three entities left in the run for the Osaka bid, with MGM Resorts and Galaxy Entertainment as the other two. The request for proposal stage is indicated to be issued within the upcoming months, with the selection of a winner to take place sometime in the second half of 2020.

“We opine that GenS may stand out among the rest given its strong balance sheet and expertise in running casino in a tightly regulated Singapore.”

HLIB also likes GenM for its improved performance of the Malaysian business alongside a dividend yield of at least 5% which will serve as a support to share price.

“In addition, the potential negatives from the acquisition of Empire should be less profound than initially anticipated,“ it added.

HLIB said GenM had placed focus on cost rationalisation measures to counteract the higher gaming tax as there is limited control over the topline.

GenM’s outdoor theme park (OTP), which is expected to launch by the third quarter of 2020, will have a capacity of circa 10,000 visitors per day and there will be initiatives to facilitate the crowd to reduce the duration of physical queues. Most of the attractions will likely remain Fox-themed, with other potential IPs to cater to the Asian market.

“We are positive on the OTP’s potential to attract international tourists, which ultimately contributes to higher casino traffic. Note that the OTP’s opening also coincides with Visit Malaysia Year 2020.”

With regards to number forecast operator (NFOs), the research house expects minimal impact from the reduction in special draws as it will reduce earnings by less than 2%.

“In fact, the stricter enforcement on illegal operators should help to offset this.”

To recap, Budget 2020 introduced the reduction of special draws from 11 days to 8 days alongside stricter penalties and jail time for illegal gamblers and gambling operators which took effect January 2020.

Azam Baki appointed member of IACA Board of Governors

4.Another record budget expected to help Malaysia sail through Covid-19 storm in 2022