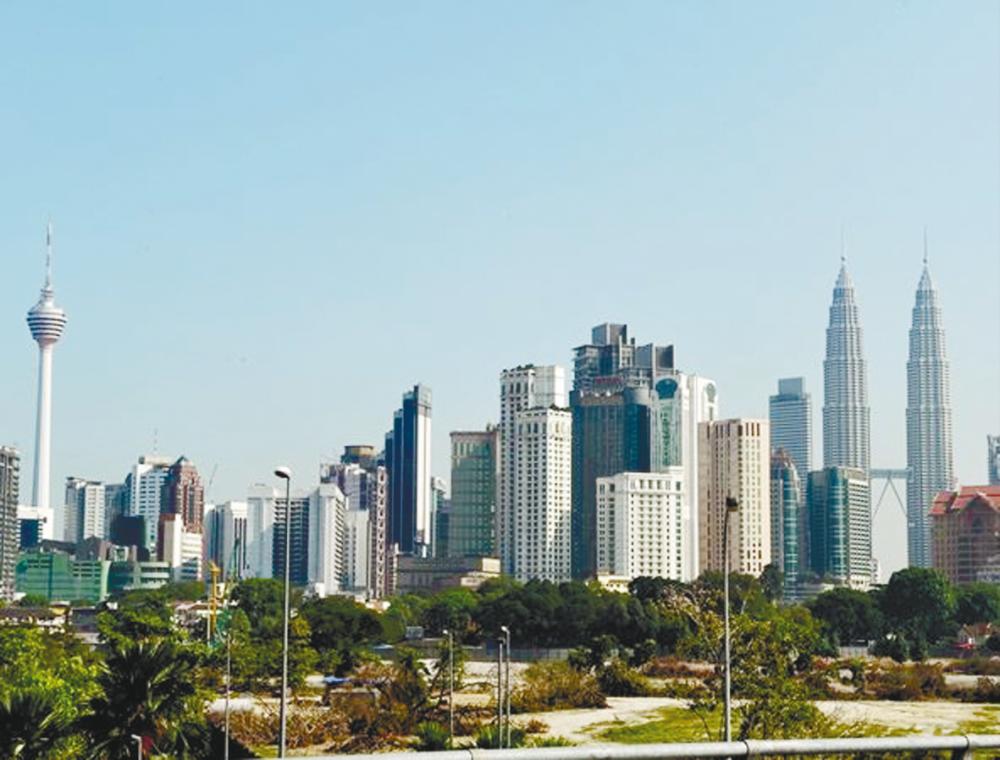 PETALING JAYA: Malaysia’s gross domestic product (GDP) growth for 2021 is expected to moderate to 4.2% from an earlier forecast of 5.1% due to the implementation of lockdown to control the rise in Covid-19 infections, according to Maybank Investment Bank.

“As far as the GDP forecast is concerned, taking into account the impact from the ins and outs of tighter restrictions as well as lockdowns, we have basically trimmed this year’s forecast from the previous 5.1% to 4.2%,” said its chief economist Suhaimi Ilias during a virtual briefing “Maybank Invest Asean: Second Half 2021 Market Outlook” today.

He elaborated that the cut in its GDP forecast mainly reflects a lower growth forecast for non-manufacturing sectors in the supply side of the economy as well as downgrade in forecast for private expenditure component of aggregate demand.

For its latest forecast, the bank has lowered its growth projection for all sectors except manufacturing.

On the other hand, domestic demand is expected to soften further to 4.7% from a previous estimate of 6% after accounting for lower growth projections for private consumption of 3.9% from 5.9% and private investment to be at 4.1% from 6.3%.

However, Suhaimi pointed out that the research house has improved its forecast for the manufacturing sector as well as external trade to be in line with global economic recovery.

“We also raise forecasts for public consumption in view of the additional economic stimulus package, enhance direct fiscal injection, and at the same time, we are maintaining the outlook of a double digit rebound in public investment,” he said.

Although the Malaysian economy faces downside risk for 2021’s growth, Maybank anticipates Bank Negara Malaysia (BNM) to keep the overnight policy rate (OPR) steady at 1.75% for this year, and has pencilled in a possible 25 basis points (bps) hike to 2% in 2022, most likely in the fourth quarter.

Nonetheless, the chief economist did not discount the possibility of a further rate cut for the Monetary Policy Committee meeting in September 2021. The conditions for BNM to consider a rate cut would be a prolonged lockdown than what it anticipated at the moment.

The government had said the condition for an easing from phase one of the National Recovery Plan (NRP) by the end of this month would entail 10% of the population being fully vaccinated and the total daily number of Covid cases to fall below the 4,000 level.

“But if that is not going to happen, then I think it would be a potential trigger for BNM to consider cutting rates in the following meeting, most likely in September. Unless BNM has a very clear view that we are not going to be out of this MCO or phase one of NRP anytime this month.”

In regard to Malaysia’s sovereign ratings, Suhami viewed that the downgrade risk remained, particularly from Standard and Poor’s (S&P).

“Even though they reaffirmed our current rating, they also maintain negative outlooks. But what has happened so far is in line with our fixed income research’s view that we will experience, or is experiencing mix rating by the three large rating agencies.

Previously, Fitch has downgraded the country by one notch but has shift the ratings outlook from negative to stable. Moody’s has maintained Malaysia’s rating and kept a stable outlook; while S&P has maintained its rating but also the negative rating outlook.

He also pointed out the key metrics that could influence the rating and it is not in favour in terms of the change in Malaysia’s credit rating.

“Number one is the increase in net government debt that is certainly more than 4% because of the stimulus package, another is the debt servicing costs as a percentage of revenue has already exceeded 15%... I think right now it’s probably more like 17%, as a result of the increasing debt ceiling,” said the chief economist.