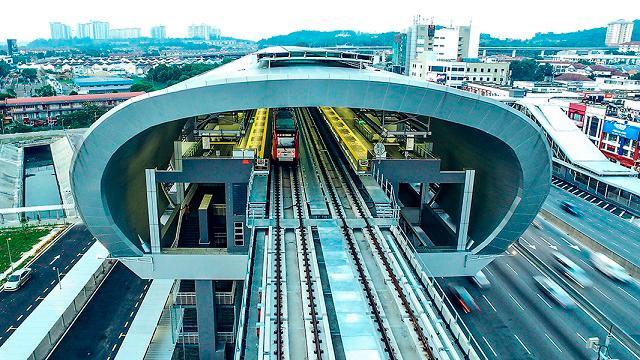 Leveraging on its expertise as a rail systems specialist in railway projects, George Kent’s track record includes the Light Rail Transit Ampang Line Extension (LRT2) project as well as the LRT3 project which augurs well for the group to expand its role in the rail network infrastructure.

The disposal presents an opportunity for it to monetise its investment in the joint venture which has a zero cost of investment as it had already recover the cost in December 2017 upon receipt of a RM5 million cash dividend. In addition, it had seen equity gains of RM57.2 million as at June 30, 2021, which were credited to the group’s retained earnings.

MRCBGK is a special purpose vehicle by the two companies incorporated on Sept 17, 2015 to execute the LRT3 project which scheduled for completion by end-2024.

George Kent chairman Tan Sri Tan Kay Hock said aside from railway, he believes the group is in a good position to strengthen its thriving water meter business by exploring opportunities in the water infrastructure projects in view of the acceleration of the adoption of Integrated Water Resources Management by the government under the 12MP.

“As digital technologies are rapidly reshaping industries, the group is also looking to create a platform for investments into companies with digital technology such as Internet of Things and artificial intelligence that will serve as an extension of our smart metering development in the areas of urban solutions and sustainability, as well as emerging technology,” he said in a statement.

1.4G coverage in Sabah's populated areas now at 83.9 per cent

2.Dravid not worried about Rahane's lack of runs