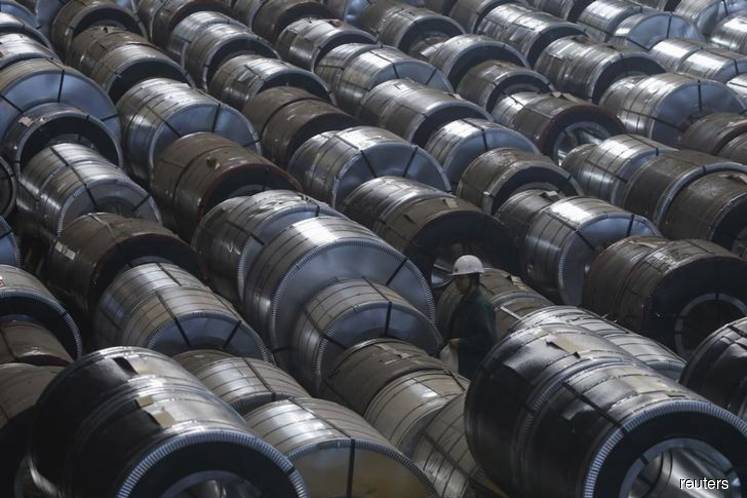 KUALA LUMPUR: The government will impose anti-dumping duties at the rate that is necessary to prevent further injury to the domestic steel and cement industries if investigation findings are found to be affirmative.

According to the International Trade and Industry Ministry (Miti), the government has considered the prima facie evidence of dumping, injury and causal link and decided to initiate the anti-dumping investigation on imports of cold rolled coils of iron or non-alloy steel (CRC) of width more than 1,300mm from China, Japan, Korea and Vietnam.

The government also evaluated and considered the evidence of dumping, injury and the causal link, and decided to initiate an administrative review (sunset review) investigation on imports of cellulose fibre reinforced cement flat and pattern sheets (FCB) from Thailand.

The government received a petition from Mycron Steel CRC Sdn Bhd, a domestic producer, requesting anti-dumping investigation on imports of CRC of width more than 1,300mm.

The petitioner alleged that imports of the subject merchandises originating in, or exported from China, Japan, Korea and Vietnam are being dumped into Malaysia at a price much lower than their domestic price. It further claimed that dumped imports from the alleged countries have increased in terms of absolute quantity and have caused material injuries to the petitioner.

The government also received a petition from Hume Cemboard Industries Sdn Bhd, a domestic producer, requesting for an application of administrative review (sunset review) on the anti-dumping measure imposed on FCB originating in, or imported from Thailand.

The petitioner alleged that imports of FCB originating in or imported from Thailand is being dumped at a price much lower than their domestic selling price and want the government to continue the imposition of anti-dumping duties on FCB from Thailand. It further claimed that imports from the alleged markets have increased and the domestic industry suffered material injury.

“In connection with the investigations, Miti will provide a set of questionnaires to interested parties (importers, foreign producers, exporters and associations).”

“In the event no additional information is received within the specified period, the government will make its preliminary findings based on the available facts.”