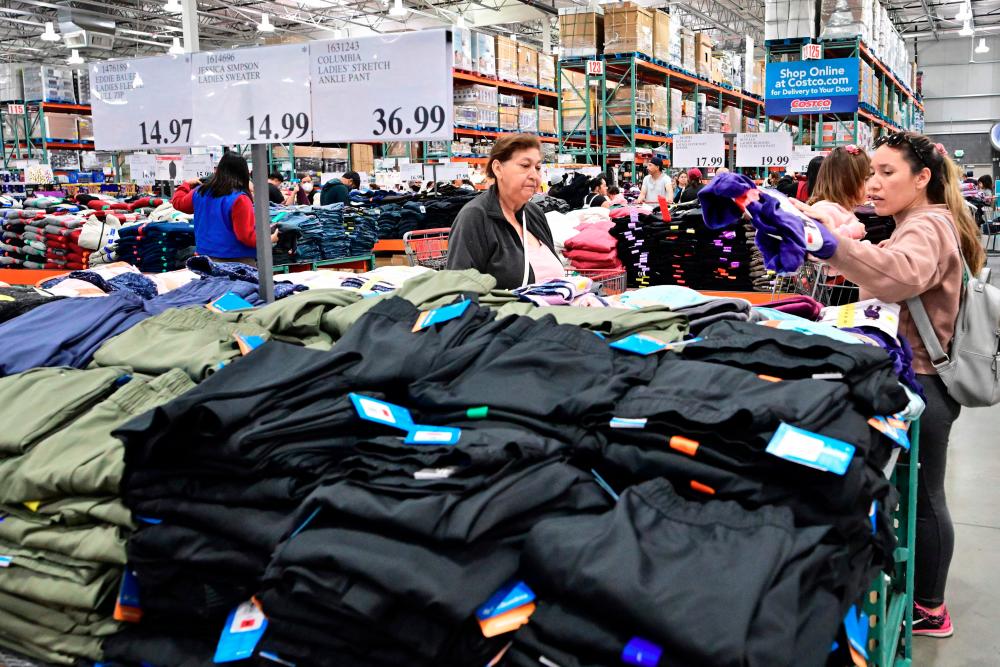 US shoppers have remained resilient throughout the myriad stages of the Covid-19 pandemic. – AFPpic

NEW YORK: The “Black Friday” kickoff of the holiday shopping season is expected to bring especially deep discounts in 2022, but one challenge will be finding consumers confident enough to spend.

Grinding inflation in the world’s biggest economy in recent months has cast uncertainty over this year's festive season, which kicks off the day after the Thanksgiving holiday today (Nov 24).

A year ago, retailers faced product shortfalls in the wake of shipping backlogs and Covid-19-related factory closures. To avert a repeat, the industry front-loaded its holiday imports this year, leaving it vulnerable to oversupply at a time when consumers are cutting back.

“Supply shortages was yesterday’s problem,” said Neil Saunders, managing director for GlobalData Retail, a consultancy. “Today’s problem is having too much stuff.”

Saunders said retailers have made progress in recent months in reducing excess inventories but that oversupply created banner conditions for bargain-hunters in many categories, including electronics, home improvement and apparel.

Juameelah Henderson always checks for sales, “but more so now”, she said while exiting an Old Navy store here with four bags of items.

The clothing chain’s prices were “pretty good”, she said. “If it’s not on sale, I really don’t need it.”

Higher costs for petrol and household staples like meat and cereal are an economy-wide issue, but do not burden everyone equally.

“The lower incomes are definitely hit worst by the higher inflation,” said Claire Li, a senior analyst at Moody’s. “People have to spend on the essential items.”

Leading forecasts from Deloitte and the National Retail Federation project a single-digit percentage increase, but it likely won’t exceed the inflation rate.

The consumer price index has been up about 8% on an annual basis, which means that a similar size increase in holiday sales would equate with lower volumes.

US shoppers have remained resilient throughout the myriad stages of the Covid-19 pandemic, often spending more than expected, even when consumer sentiment surveys suggest they are in a gloomy mood.

Part of the reason has been the unusually robust state of savings, with many households banking government pandemic aid payments at a time of reduced consumption due to Covid-19 restrictions.

But that cushion is starting to whittle away. After hitting US$2.5 trillion (RM11.4 trillion) in excess savings in mid-2021, the benchmark fell to US$1.7 trillion in the second quarter, according to Moody’s.

Consumers with incomes below US$35,000 were affected the most, with their excess savings falling nearly 39% between the fourth quarter of 2021 and mid-2022, according to Moody’s.

Accompanying this drop has been a rise in credit card debt visible in Federal Reserve data and anecdotally described by chains that also report more purchases made with food stamps.

“We’re seeing continued pressure,” said Michael Witynski, chief executive of Dollar Tree, a discount retailer that has seen “shifts” in shoppers, “where they’re very consumable and needs-based focused to try and make that budget work and stretch it over the month”.

Earnings reports from retailers in recent days have painted a mixed picture on consumer health.

Target stood on the downcast side of the ledger, pointing to a sharp decline in shopping activity in late October, potentially portending a weak holiday season.

“We’ve had a consumer who has been dealing with very stubborn inflation for quarter after quarter now,” Cornell said on a conference call with analysts.

“They’re shopping very carefully on a budget, and I think they’re looking at discretionary categories and saying, ‘All right, if I’m going to buy, I’m looking for a great deal and a great value’.”

But Lowe’s, another big US chain specialising in home-improvement, offered a very different view, describing the same late-October period as “strong” and seeing no evidence of consumer deterioration.

“We are not seeing anything that feels or looks like a trade down or consumer pullback,” said Lowe’s chief executive Marvin Ellison.

Taylor thus far has been thwarted in her travel aspirations due to exorbitant plane ticket prices. Taylor, who works in child care, isn't sure how much she'll be able to spend on family this year

“I’m trying to give them some little gifts,” Taylor said at a park in Harlem earlier this week. “I don’t know if I’ll be able to. Inflation is hitting pretty hard.” – AFP