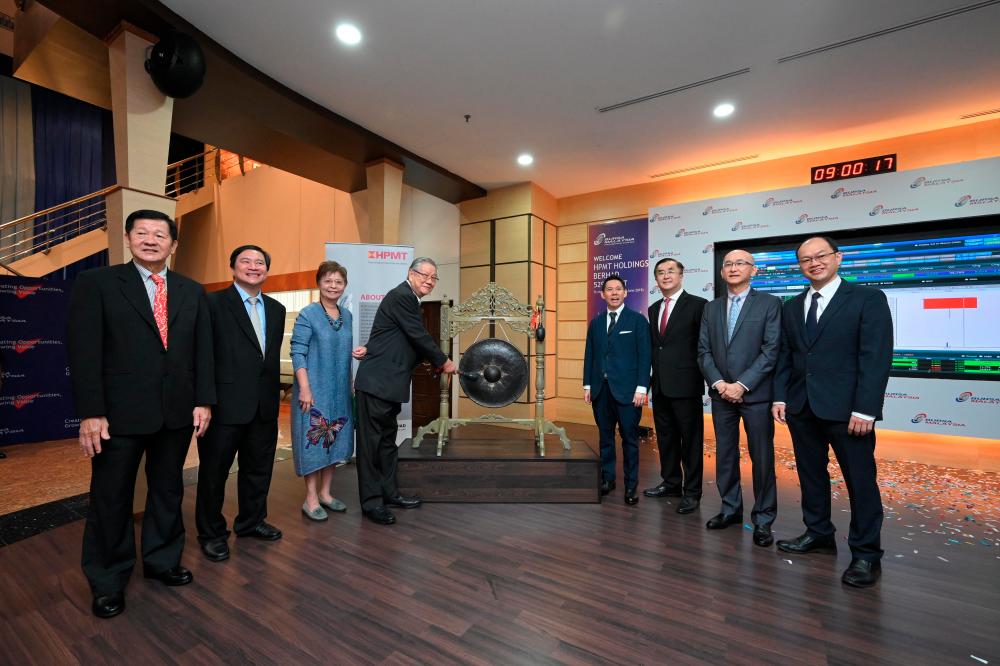 KUALA LUMPUR: HPMT Holdings Bhd made a lukewarm debut on the Main Market of Bursa Malaysia today with a discount of as much as 6.5 sen or 11.6% to a low of 49.5 sen.

The group is involved in the manufacturing and distribution of cutting tools, supporting equipment and accessories for metalworking as well as physical vapor deposition coating services.

Speaking at a press conference after HPMT’s listing ceremony today, managing director Khoo Seng Giap said it is cautiously optimistic about its prospects given the trade uncertainties stemming from the US-Sino trade war and Brexit, which are weighing on the global economy.

Despite that, he opined that demand for cutting tools will continue to grow going forward.

“As long as there is economic growth, there will be a need for more products that in turn will drive the demand for cutting tools as it is involved in the technology, equipment, appliances and transportation for the production of such products.”

“However, if the conditions are changing every three to six months, this would be a problem for us as people will hold back on investment,” he said.

While there has been a global slowdown in the manufacturing segment, Khoo said it is important for the company to seek opportunities in the market.

HPMT is the second listing on the Main Market of Bursa Malaysia this year, which raised RM42.31 million.

Some RM34 million from the IPO proceeds has been earmarked for capacity expansion through the purchase of new machinery and equipment, which is expected to increase its production capacity by 40% in the next three years.

Meanwhile, some RM2.91 million will be utilised as working capital and the remaining RM5.4 million to defray the listing expenses.