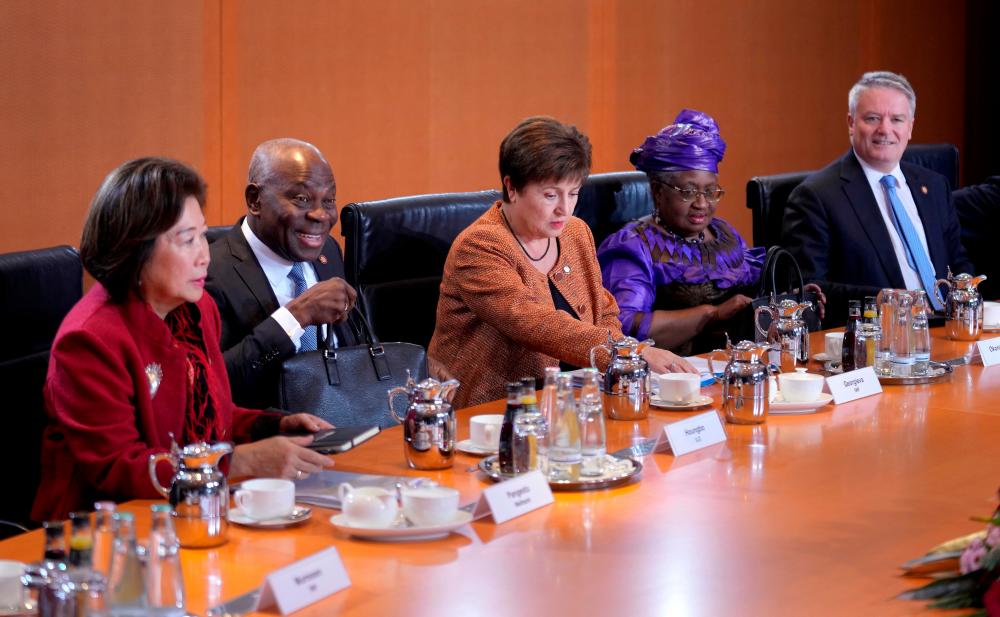 BERLIN: The leaders of the International Monetary Fund (IMF) and the World Trade Organization (WTO) warned on Tuesday (Nov 29) against the negative impact of deglobalisation for the global economy, arguing instead for smart moves to diversify supply chains.

IMF managing director Kristalina Georgieva, speaking after a meeting with German Chancellor Olaf Scholz, said globalisation was facing its biggest challenge since World War Two in the wake of the Covid-19 pandemic and Russia’s war in Ukraine.

“But don’t throw the baby out with the bathwater,” she said. “Don’t pull the plug on trade that makes us all better.”

“Retreating from trade, being protectionist will make it harder – not easier – to solve the problems we have now,” Okonjo-Iweala said. “Protectionism, decoupling, fragmentation is very disruptive and it will be very costly.”

Both Okonjo-Iweala and Georgieva said the impact of deglobalisation and fragmentation would hit developing countries and emerging markets hardest. The impact to gross domestic product (GDP) in those countries would be in the double digits, the WTO chief said.

Okonjo-Iweala called for moves to deconcentrate manufacturing in a smart way and warned against counting too heavily on “friend-shoring”.

“Who is a friend? A friend today might become very unfriendly tomorrow,” she said.

Georgieva said growth was slowing in the United States and China, the world’s two largest economies. She said data pointed to even lower global growth next year than the 2.7% rate the IMF had projected in mid-October.

“Business and consumer sentiment points to weakening of activities in the fourth quarter of this year and continuing in this same direction in 2023,” she said.

About one-third of the world economy – and about half of the European Union – would slide in recession in 2023, she said, adding that inflation was now projected to persist longer, although it could gradually decline to around 6.5% next year. – Reuters