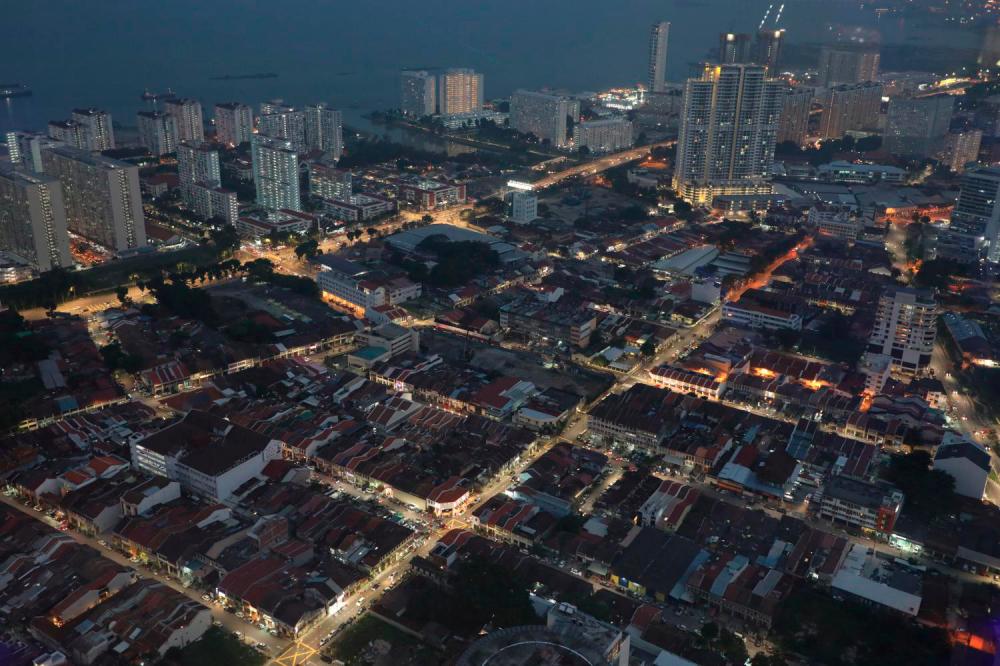 PENANG: Tech firms at Malaysia’s one-time Silicon Valley of the East, swimming in orders from customers fleeing trade war-hit China, have seen fortunes turn again in the space of just a year as the coronavirus outbreak cuts them off from Chinese suppliers.

Semiconductor test equipment manufacturer Pentamaster Corp Bhd saw its shares more than double last year as sales surged by about a fifth - the steepest in its 29-year existence - as the firm became a refuge from Sino-U.S. import tariffs.

But then China sent workers home to slow the virus, stifling supplies of parts and material further upstream. Pentamaster called alternative sources in Japan, South Korea, Germany and Italy, only to find the action had left them in the lurch too.

The firm has since lowered its 2020 revenue growth outlook to flat from double digits, while its stock has fallen more than 10% since China in late January locked down the virus epicentre, Wuhan.

“Even if you source from another country, the other country also depends on China,“ said Pentamaster Executive Chairman Chuah Choon Bin.

Pentamaster’s predicament is echoed across Malaysia’s coastal state of Penang, one of the world’s biggest electronics and electrical hubs, which had been losing business to China for the past decade until the trade war sparked a revival.

Home to factories owned by Intel Corp and Broadcom Inc alongside numerous other firms that supply tech majors including Apple Inc, the state accounts for about 8% of global back-end semiconductor output.

Inbound investment reached a historic high last year. This year, however, the goal is just a third of that, at about $1.2 billion - though that is due to the life cycles of investments rather than the virus, the state government said.

The roller-coaster ride illustrates how quickly and broadly the virus is changing fortunes around the world.

While Penang firms saw record sales last year from customers seeking to curb reliance on China and escape U.S. tariffs, they themselves relied on China for as much as 60% of components and materials with the rest coming from Europe or elsewhere in Asia.

Analysts and local firms said the virus’ sales impact would be acute in the April-June period when stockpiles run out. While many firms have warned of delays, some have seen orders surge as customers continue to seek suppliers outside of China.

Its sales soared 40% last year. Goh said its 20% target this year could be at risk due to the supply issues, which could turn critical in one to two months’ time and badly hit production.

Pentamaster buys most of its components such as motors and sensors from Japan, Europe and China - the latter making up 20% to 30%. In the past few weeks, it has changed the design of some equipment to accommodate parts from outside China, Chuah said.

“We’re able to get supplies but the lead time is long - two to three months from Europe,“ he said, compared with two to three weeks from anywhere under normal circumstances.

Analysts said other firms likely affected by the supply disruption include electronics manufacturing services companies VS Industry Bhd and ATA IMS Bhd as they rely on China for up to 30% of components and material. Neither responded to Reuters’ requests for comment.

Semiconductor company Inari Amertron Bhd, whose radio frequency components are used in smartphones including Apple’s iPhones, might have a weak second half after the U.S. firm flagged slowing production and demand in China, Malaysia’s AmInvestment Bank said.

Inari told Reuters the virus had indeed had an impact on its supply chain but “probably less than the market feared” as the situation in China was improving.

“We expect our performance to be in line with the overall growth, resilience or lack thereof, in the global semiconductor market,“ said Vice Chairman Tan Seng Chuan.

Globetronics Technology Bhd, a contract manufacturer of semiconductor-based products, told Reuters it did not directly source from China but that there was a small risk to its indirect supply chain.

“We had previously forecast the year over year growth for all semiconductors to be 5.5% in 2020,“ said Kevin Anderson, senior analyst for power semiconductors at consultancy Omdia. With the virus, “now we think the range could be from -20% (worst case) up to 2.5% (best case), with a most likely of -3%”.

“All this depends very much on impact on the demand side as the virus spreads around the world and how quickly the electronics supply and logistics chains recover.”

“The supply chain in electronics and semiconductors is really long, so one way or another you touch China,“ said Hwang, whose company also has a factory in the Chinese city of Xiamen.

“China is a big supply chain that has served the world really well, so companies will not stop going to China entirely but probably they will cut down on dependence on China alone.” -Reuters