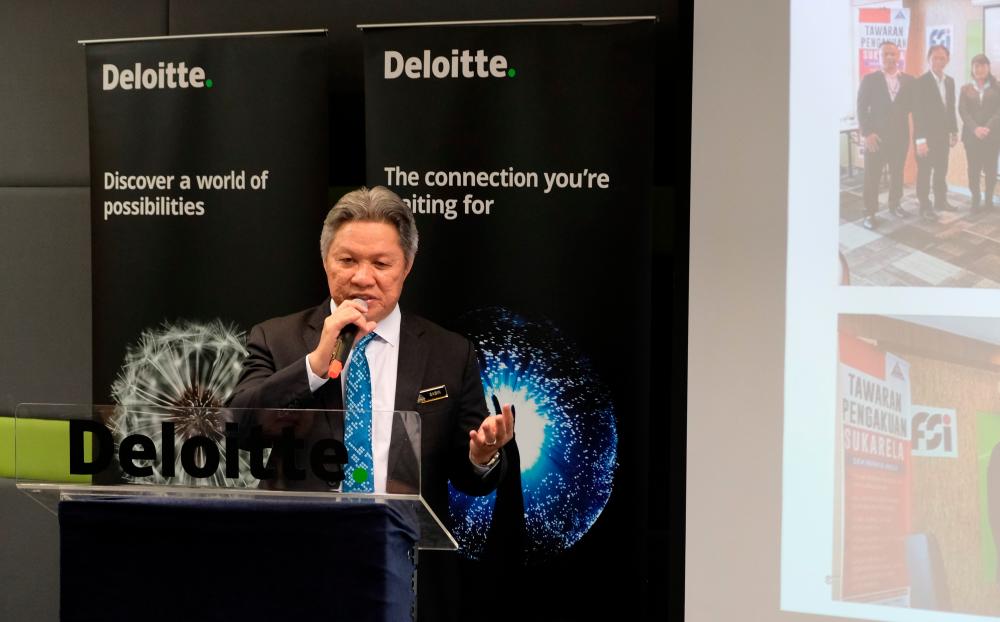 PETALING JAYA: The Inland Revenue Board of Malaysia (IRB) aims to attract at least one million taxpayers with an estimated RM10 billion in tax collection via the Special Voluntary Disclosure Programme (SVDP).

“This is a golden opportunity for taxpayers to come forward voluntarily as the disclosures made will be taken in good faith by the IRB. Access to various sources of information on taxpayers and the use of big data enables the IRB to track delinquent taxpayers,” said IRB CEO Datuk Seri Sabin Samitah (pix).

“As the saying goes ‘you can run but you cannot hide’ and hence, taxpayers are encouraged to take advantage of the SVDP, a one-off initiative offered by the government,” he said in his keynote address at the SVDP Seminar organised by Deloitte Malaysia.

According to Deloitte, taxpayers who may have misreported their tax filings or did not declare their income to the IRB are expected to take full advantage of the SVDP, which closes in six months’ time.

Taxpayers who have yet to voluntarily disclose their unreported taxes or may have misrepresented their past filings face penalties of 80% to 300% but during the SVDP period, the penalty rate is heavily reduced to 10% to 15% to eligible taxpayers, with declarations accepted in good faith by the tax authority.

Deloitte Malaysia country tax leader Sim Kwang Gek applauded the timely introduction of SVDP by the government and stressed on the importance of providing complete disclosure in financial reporting and tax filing.

“Practising transparency is an organisation’s biggest asset. It helps with management and organisational credibility, and can boost investors’ trust and positively influence the performance of an organisation while protecting shareholders’ interests,” said Sim.

“We are proud to see the government focusing on increasing compliance, instead of increasing income tax rates. In the weeks following the announcement of SVDP, we have helped clients take advantage of this golden opportunity to voluntarily disclose and be transparent in their financial reporting to enhance business competitiveness, increase management credibility while lowering the cost of capital,” said Deloitte Malaysia tax audit and investigation leader Chow Kuo Seng.

Use second bridge to Penang Island to avoid congestion: JKSB

Malaysia to impose anti-dumping duties for 5 yrs on some steel products from China, South Korea & Vietnam

2.Use second bridge to Penang Island to avoid congestion: JKSB