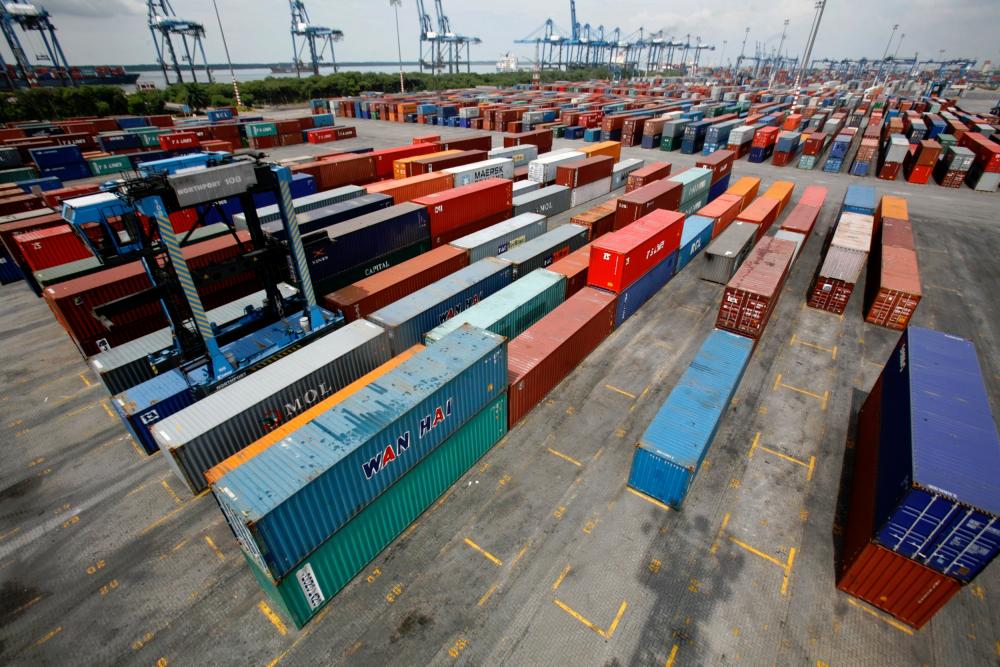 PETALING JAYA: Malaysia’s exports and imports slipped 1.5% and 2.4% year on year (yoy) in January 2020, leading to a wider trade surplus of RM12 billion.

It is the highest January trade surplus since the first month of 2011.

Exports value stood at RM84.1 billion in January 2020 against RM85.4 billion in the same month a year ago. In December 2019, exports value expanded 2.7% after four months of contraction.

According to a statement by the Department of Statistics, exports fell due to lower shipments to Thailand (-RM1.1 billion), Hong Kong (-RM907.2 million), the European Union (-RM642.6 million), and China (-RM623.5 million).

However, higher exports were seen for refined petroleum products (+RM2.3 billion) and palm oil and palm-oil based products (+RM67 million).

For January, Singapore and China were the main export destinations.

Exports to Singapore amounted to RM12.3 billion, which accounted for 14.6% of total exports, due to an increase in the export of refined petroleum products.

Exports to China were valued at RM10.4 billion, accounting for 12.4% of total exports, down 5.7% on lower demand for LNG.

Meanwhile, the decrease in imports to RM72.1 billion was mainly attributed to capital and consumption goods.

“Imports by end use recorded an increase for intermediate goods (+3.7%). Nevertheless, capital goods dropped 15% to RM7.6 billion, while consumption goods decreased 1% to RM6.5 billion, mainly due to semi-durables and durables,” said Uzir.

In a note, MIDF Research said looking ahead to first quarter exports are expected to be quite vulnerable especially with the outbreak of Covid-19 as factories shut down operations in China and caused disruption in the supply chain.

In addition, the US-China phase one trade deal is likely to be less successful as China’s commitment to the deal is at stake due to the epidemic.

“In fact, global manufacturing PMI plunged into contractionary mode in February 2020 while those emerging economies remain unchanged at 50.1. Based on our regional partners’ trade performance, exports of South Korea and Vietnam rebounded 4.5% yoy and 34% yoy respectively, providing cues on what to expect from Malaysia’s export performance for next month,” it said.

Based on that, the research house foresees exports recovery to be modest at 0.6% yoy, as uncertainties over trade issues and loss of growth momentum in some major economies will continue to threaten our exports performance.

“Besides that, the continuous decline in imports of capital goods and slowdown in purchase of intermediate goods in January indicates weak prospects for exports in upcoming months.

3.Club Brugge must go up a level against Man City says coach