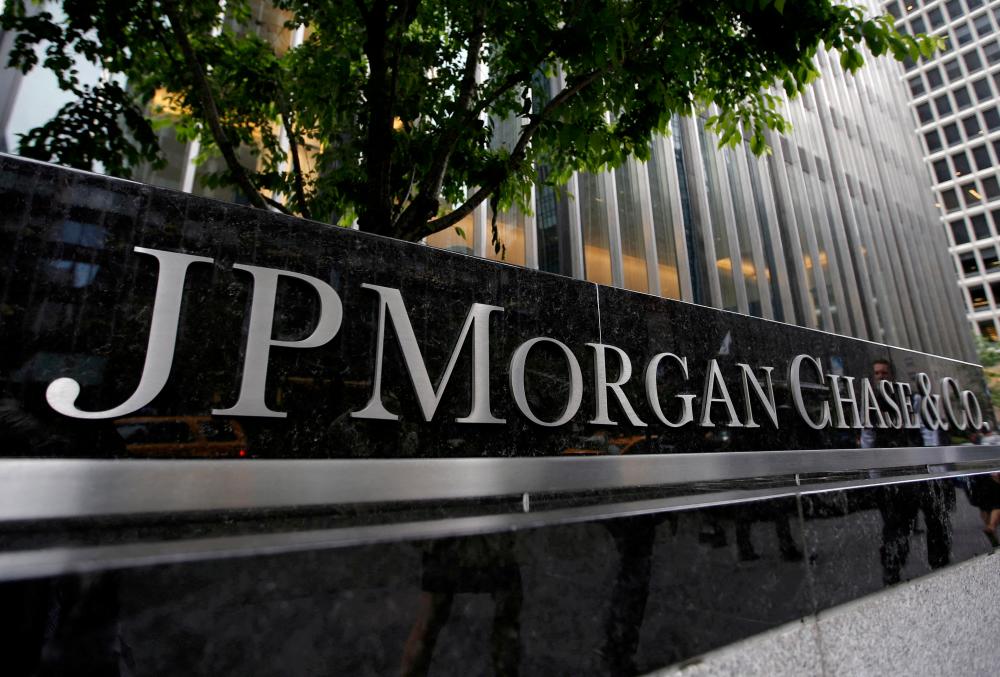 A view of the exterior of the JPMorgan Chase & Co’s corporate headquarters in New York City. The bank is a leader in many of its businesses and has been more profitable than peers.– Reuters

NEW YORK: JPMorgan Chase & Co lifted its forecast for interest income and affirmed its profitability target at its investor conference yesterday, sending its stock 6% higher despite persistent questions about how much more it will spend on its businesses.

The country’s largest lender said it expects net interest income (NII), excluding markets, of US$56 billion (RM245.7 billion) in 2022. It had earlier forecast that figure would reach a “couple billion” more than US$53 billion in 2022, up from its US$50 billion outlook in January.

Investors are keeping a close eye on the prospects for banks to earn more from NII, the difference between income from loans and interest paid on deposits and other funds, as they benefit from higher interest rates.

JPMorgan’s shares rose steadily yesterday, closing up 6.2% as investors digested the good news and the bank made its case for increasing its expenses. Shares of other big US banks rose sharply too.

JPMorgan scheduled the conference after it surprised investors in January when it said it would allow expenses to increase 8%, or US$6 billion.

The bank is a leader in many of its businesses and has been more profitable than peers. But that success has raised doubts among investors about its ability to grow profits further.

JPMorgan CEO Jamie Dimon and other executives spent much of the day trying to reassure investors that expenditures on technology, new products and marketing were necessary to stay ahead of competitors, and would pay off long term, but some analysts remain unconvinced.

“The bottom line is that you are still spending a lot of money this year,” analyst Matt O’Connor of Deutsche Bank told Dimon. “Are you doing too much all at once?” he asked.

Dimon, known for his straight-talking style, bristled. “We just spent the whole day trying to answer that question,” he responded, adding: “We showed you the opportunity.”

For 2023, JPMorgan expects its investment spending growth rate “will moderate”, but its 2022 expense forecast was kept unchanged at US$77 billion.

Executives said JPMorgan is spending to hire bankers and to recruit new customers in wealth management, commercial lending and business payments, both in the US and, increasingly, abroad.

By not holding the annual conference last year the bank had gone too long without fully explaining its strategy, said Dimon, who pledged to hold the conference again next year.

As the US Federal Reserve rushes to contain decades-high inflation, investors are worried that overly aggressive monetary policy tightening will tip the economy into a recession. These fears had driven the S&P 500 banks index down 21.5% this year.

Recession risk was “the elephant in the room”, acknowledged Marianne Lake, co-chief of consumer and community banking.

Dimon said current threats to the economy are serious but that a bust is not inevitable as it was before crashing house prices sparked the financial crisis of 2007-2009. Charge-offs for bad loans are estimated to rise to pre-pandemic levels “over time” but not until after 2022, the bank said, because of strong consumer and business balance sheets.

The company said its target for a 17% return on tangible capital equity, a key metric which measures how well a bank uses shareholder money to produce profit, may be achieved in 2022.

“Banking businesses are generally pretty good, credit concerns are low, at least for the moment, and the net interest margin remains pretty healthy,” he said.

“The market doom and gloom is overstated.” – Reuters