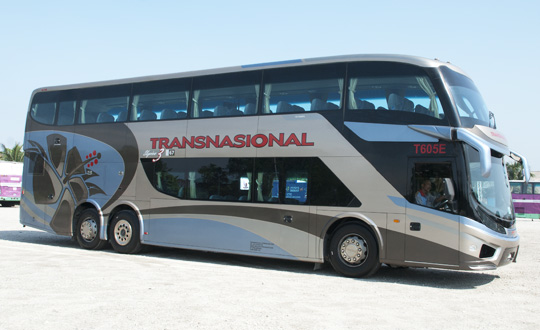 In a Bursa filing, the auditor’s statement pointed out that the group’s current liabilities exceeded its current assets by RM70,33 million and this, along with other matters set forth in the financial statements, indicates the existance of a material uncertainty which may cast significant doubt about the ability of the group and the company to continue as going concern.

In response to its auditor’s statement, Konsortium Transnasional said it has continued addressing the net current liabilites by negotiating with the creditors for extension/converting debts into few years repayment period of existing short-term debts until completion of its turnaround exercise.

“The group has two separate agreements with APAD to provide bus services under the MYBUS and ISBSF programs. The revenue and financial supports,respectively, from both programs are significant and enable the group to continue servicing its current financial commitments.” it said.

The group has continued to receive the support from its penultimate holding company, and will continue to rightsizing its operations especially on the express bus services due to the difficult market conditions,” it said.

Konsortium Transnasional lapsed into PN17 status in April this year, and as such, is required to submit a regularisation plan, but as of its exchange filing on July 1, it has yet to finalise the plan which is due in 21 months.

It noted that while it is in the midst of formalising the regularisation plan, it is unable to determine whether it will be approved by the relevant authorities and whether it will be successfully implemented for the group and the company to achieve sustainable and viable operations.

4.1MDB gets permission to serve writ of summons to six parties overseas