Losses exceed US$70.8 billion on short positions in US firms: Ortex data 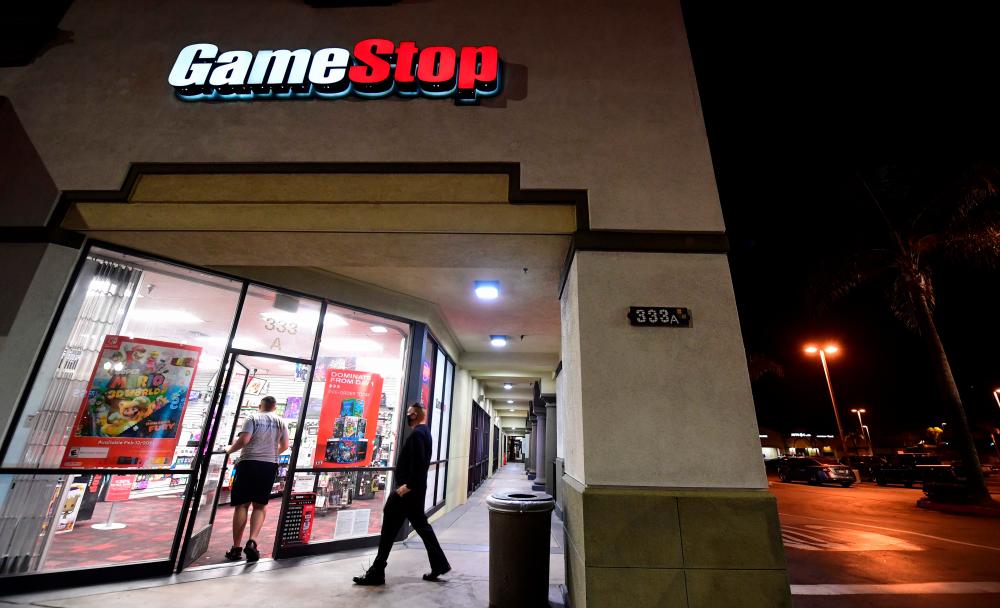 People enter a GameStop store in Alhambra, California, on Wednesday. An epic battle is unfolding on Wall Street, with a cast of characters clashing over the fate of GameStop, a struggling chain of video game retail stores. – AFPPIX

LONDON: Wall Street investors are sitting on estimated year-to-date losses of $US70.87 billion (RM286.6 billion) on their bets against US companies following massive surges in some of the heavily shorted shares, data from analytics firm Ortex showed on Thursday.

Some shares such as in video game retailer GameStop have jumped more than 1,000% in the past week, driven primarily by retail investors trading on online apps and sharing tips on social media messaging boards.

Such gains have forced short-sellers to buy back stock to cover potential losses in what is dubbed a short-squeeze. Moves were exacerbated by more retail investors piling into the stock.

Ortex data showed that as of Wednesday, there were loss-making short positions on more than 5,000 firms.

Shorting GameStop may have cost US$1.03 billion year-to-date, Ortex estimates, while those shorting Bed, Bath & Beyond were looking at a US$600 million loss.

Its short interest data, sourced from submissions by agent lenders, prime brokers, and broker-dealers, showed that around 62 million GameStop shares with a value of US$2.2 billion were out on loan as of Wednesday.

Tesla topped the list of most shorted names with US$47 billion worth of bearish positions, followed by fuel cell maker Plug Power.

The trend of retail traders duelling with hedge funds has rippled out into Europe and Asia. Heavily shorted Australian shares Webjet and Tassal Group rose more than 5% on Thursday, bucking falls in the broader index.

Retail traders have targeted the most shorted European names including Pearson and Cineworld, although losses are much smaller than in the United States.

Ortex data showed Pearson shorts had estimated losses of US$208 million this year, followed by Nokia at US$205 million.

The European estimates are based on securities lending data, and the profit or loss per day which is then summed up.

The share trading mania appears to be by no means over, with Credit Suisse analysts attributing it to the liquidity triggered by waves of monetary and fiscal stimulus "which dwarfs anything seen in past recessions"

"This liquidity will increase further after the next round of government stimulus," they told clients. – Reuters 4.KJ confirmed as one of five vice presidents of World Health Assembly