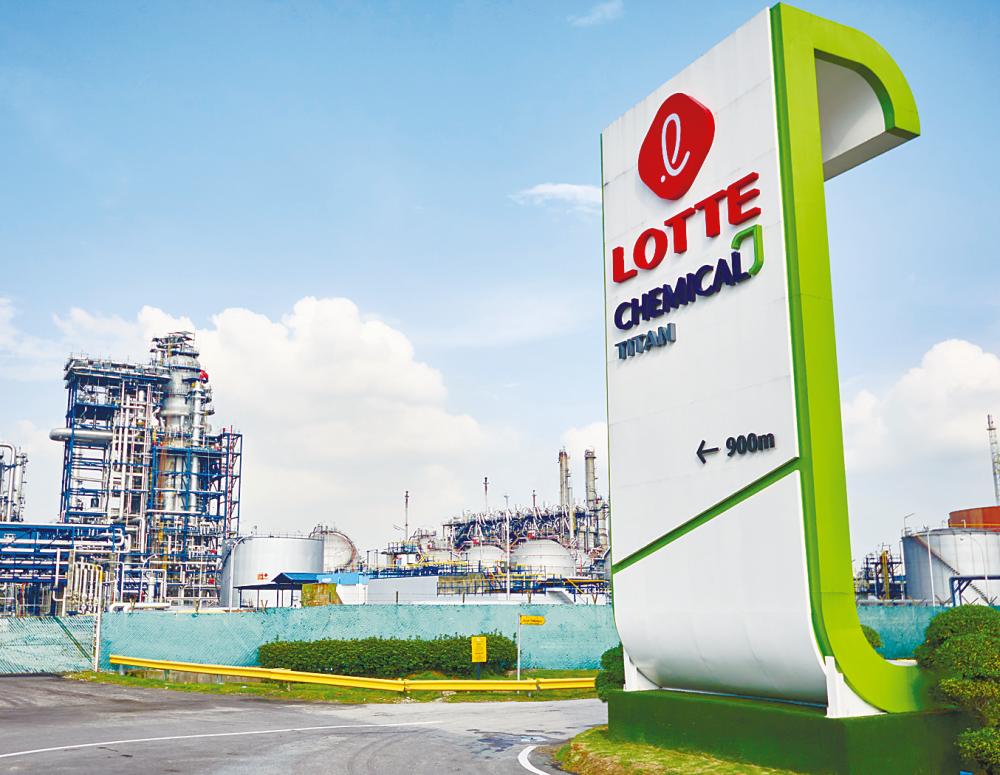 “The lower selling price is mainly due to diversion of polyolefin supply from the US into the Southeast Asia region as a consequence of the US-China trade war as well as softening of global economic growth,” it said in a filing with Bursa Malaysia today.

The group said other factors such as higher distribution expenses, lower foreign exchange gain and share of loss from associates also affected its earnings for the quarter.

Foreign exchange gain for the quarter was lower by RM38.3 million while share of result from associates reduced by RM19.9 million, due to loss on fair value changes in interest rate swap entered by Lotte Chemical USA Corporation and borrowing costs incurred for project financing.

In addition, effective tax rate rose from 12% to 24% due to the absence of claimable reinvestment allowance.

Revenue for the quarter fell 6.52% to RM2.13 billion from RM2.28 billion a year ago due to lower average product selling price, partially offset by the increase in sales volume which was driven by improvement in production quantity compared with a year ago.

Overall production quantity increased due to commissioning of new PP3 plant in the third quarter last year, while average plant utilisation rate improved from 82% to 89% in the second quarter this year.

Moving forward, the group expects the petrochemical industry to remain challenging with the economic headwinds arising from unresolved global trade tensions and volatility in the global crude oil market.

“The petrochemical market is a long-term play. The industry as a whole is bracing for a very challenging period amid various global market uncertainties. Nevertheless, our company is expected to ride through current market down-cycle given our healthy financial position,” said its president and CEO Dr Lee Dong Woo.

Lee said the group’s LINE project in Indonesia is progressing with the completion of the front-end engineering design study in the fourth quarter of 2018 and a final feasibility study in the first quarter this year.

He said the configuration and specification of the project has been determined, and the appropriate project structure and funding are currently undergoing final review while work for land preparation on project site has started.

The group expects project tendering and construction to commence by year-end or early 2020. The project will significantly increase the group’s production capacity upon completion by 2023.

“Over the next five years, the advancement of our company’s growth plan will result in capacity expansion, affirming our position as a top-tier petrochemical company in Southeast Asia,” Lee said.