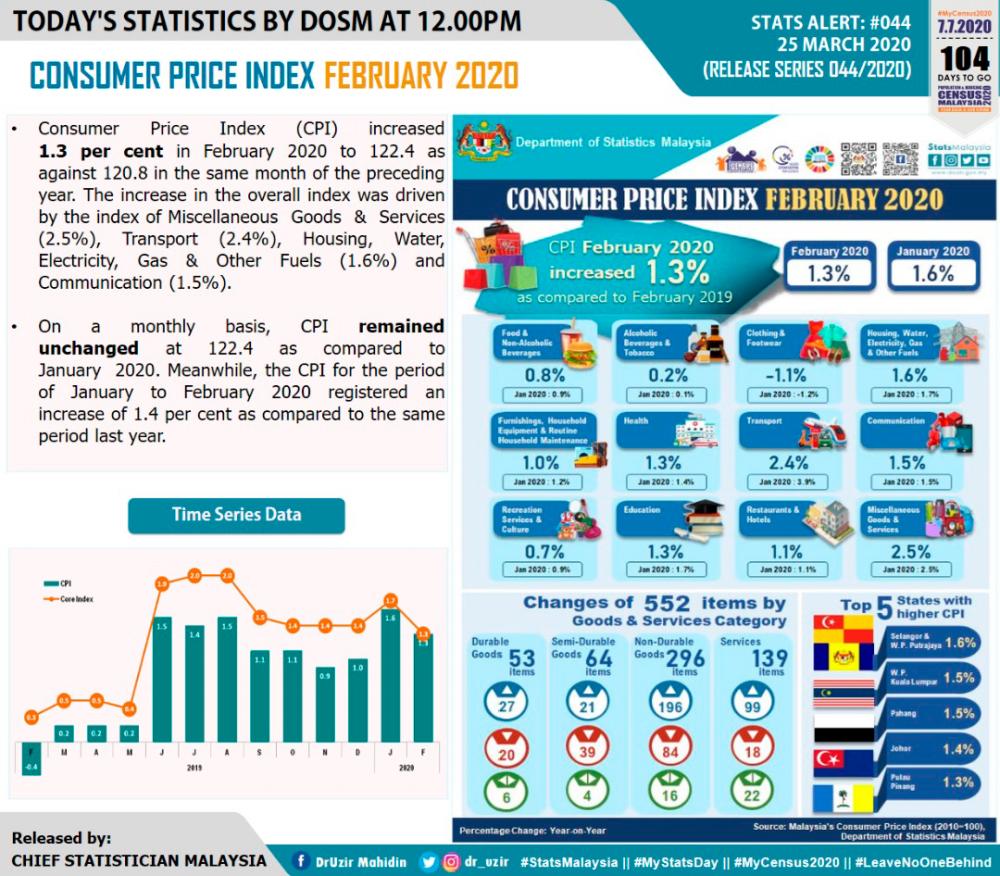 PETALING JAYA: Malaysia’s Consumer Price Index (CPI) expanded moderately at 1.3% to 122.4 in February this year compared to 120.8 in the same month of the previous year.

“Out of 552 items covered in CPI, 343 items showed an increase in February 2020 as against February 2019. On the contrary, 161 items declined while 48 items were unchanged,” said Malaysia chief statistician Datuk Seri Mohd Uzir Mahidin in a press statement.

The CPI for the first two months of 2020 registered an increase of 1.4% as compared to the same period last year.

Meanwhile, on a month-on-month basis, the CPI remained unchanged at 122.4 as compared to January 2020.

For the month, all states except Malacca registered an increase in the index of food & non-alcoholic beverages.

The chief statistician stated the highest increase was recorded by Johor (1.3%), followed by Selangor & Putrajaya (1.2%), Penang (1%) and Perak (0.9%), which surpassed the national index of 0.8% for the category in February.