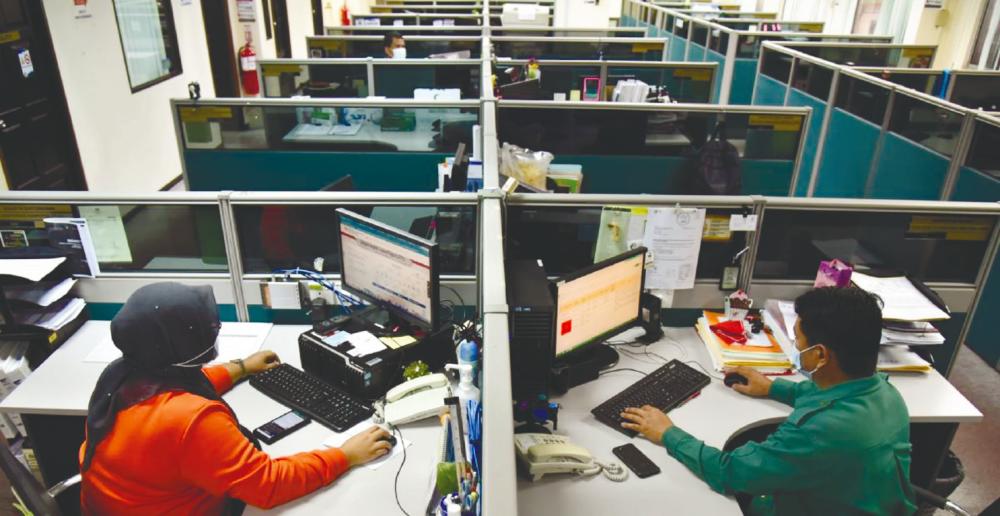 About 52% of Malaysia’s labour force remained in Phase 1 of the National Recovery Plan in July. – BERNAMAPIX

PETALING JAYA: Malaysia’s unemployment rate remained at 4.8% in July although the number of unemployed rose slightly to 778,200 persons, according to the Statistics Department.

“This signalled some positive effects to the economy and subsequently to the labour force situation in these states,” he said in a statement on Thursday.

Nevertheless, 52% of Malaysia’s labour force remained in Phase 1 of the NRP.

UOB Research said the labour market will continue to recover albeit at a moderate pace as almost all states or federal territories (except for Johor and Kedah) have been allowed to transition into the second, third or fourth phase of the NRP. Today, the Klang Valley will enter into Phase 2 of NRP, joining seven other states that have been placed under the second phase of the NRP over the past two months.

“That said, uncertainties surrounding new Covid-19 virus variants and business prospects could deter substantial improvement in the nation’s hiring, keeping the national jobless rate above the pre-pandemic levels of around 3.3% in the near term,” said the research house.

With that UOB has kept its 2021 year-end unemployment rate estimate at 4.5% while Bank Negara Malaysia had projected a range between 4% and 5%.