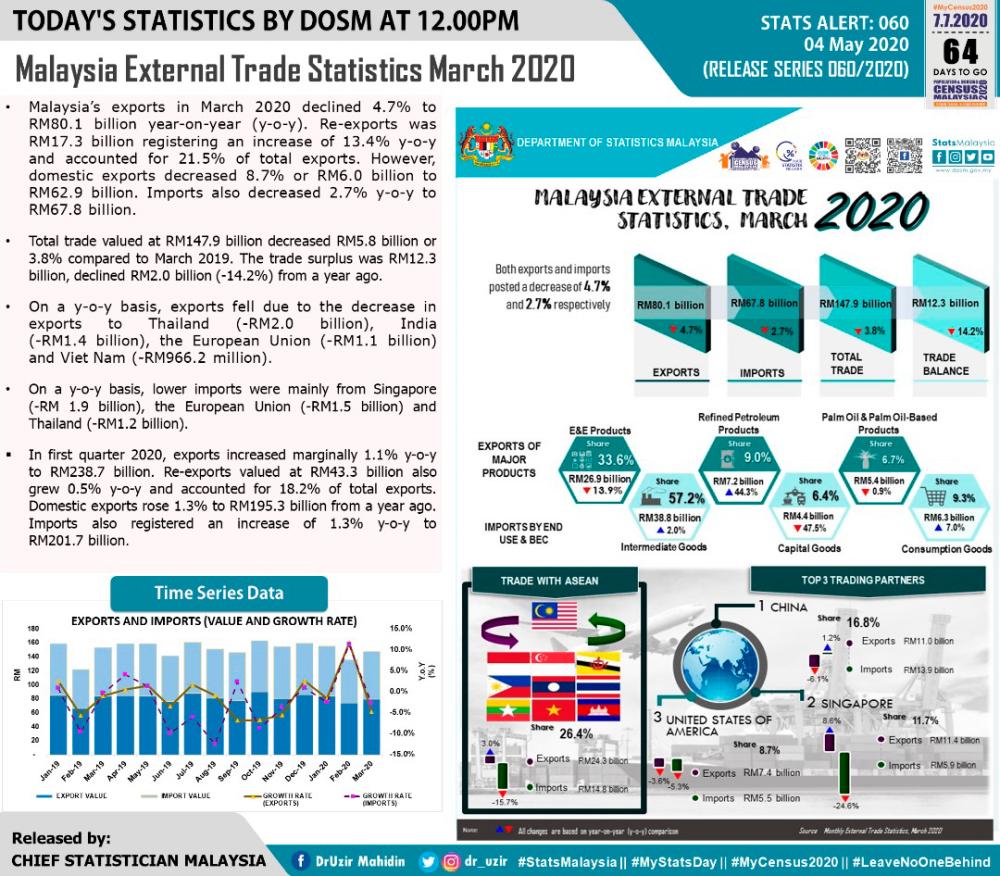 However, a higher export of RM2.2 billion was recorded for refined petroleum products.

On the other hand the lower imports were mainly from Singapore (-RM1.9 billion), the European Union (-RM1.5 billion), and Thailand (-RM1.2 billion).

Uzir said imports and exports rebounded to register a positive growth after declining for four quarters in 2019.

“The growth in exports was attributed to higher exports to Indonesia, Singapore, the United States and Republic of Korea. Meanwhile, higher imports were mainly from the US, Korea, India, Saudi Arabia and Indonesia,” he said.