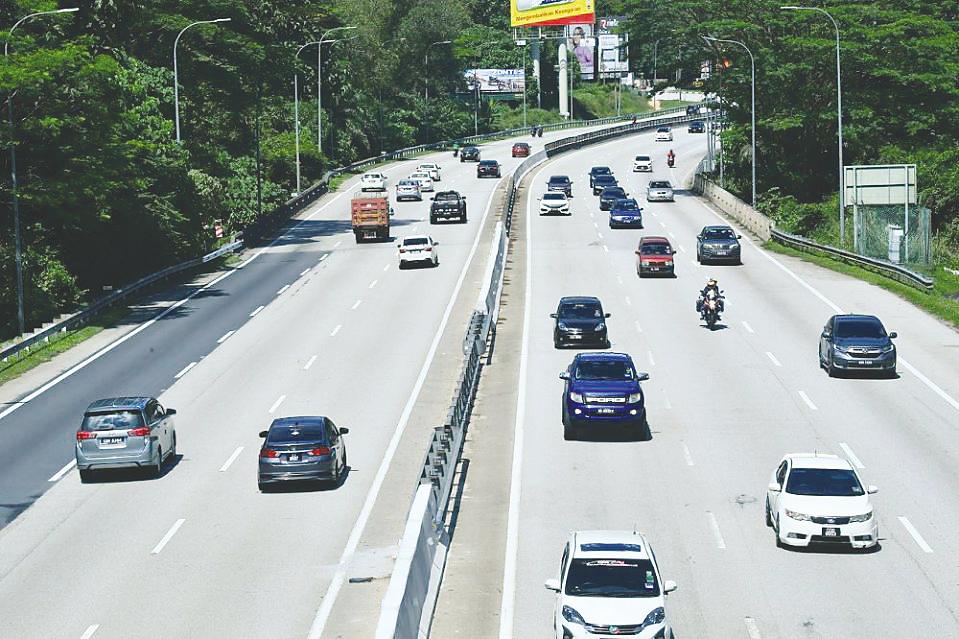 Noticeably less traffic on the highways during MCO 2.0. MARC expects another round of fiscal stimulus this year. – BERNAMAPIX

PETALING JAYA: The extension of the latest movement control order (MCO 2.0) until Feb 18, 2021 will continue to take a toll on businesses and the country’s economy, putting further hurdles in the path to recovery.

The CEO of think-tank Center for Market Education, Dr Carmelo Ferlito, opined that if no modifications are brought in to the extension, this will heavily affect the economy, starting with small and medium enterprises and then affecting bigger players as a domino effect, depending on the duration of the restriction.

“I believe that at this point we cannot afford any more extensions; in fact, the MCO 2.0 came like a stick on the knees of a patient that was just starting to get up. Each business is essential to bring food and shelter to one or more families, so any distinction on essential/non-essential is fictitious. And I strongly believe that we have not seen the long-term consequences of the lockdown damage,“ he told SunBiz.

It should be noted there have been media reports, quoting anonymous sources, which claim all economic sectors will be allowed to reopen under the extended MCO, albeit with tighter regulations.

Ferlito, who is also senior fellow at the Institute for Democracy and Economic Affairs, cited a recent study by the National Bureau of Economic Research in the United States that argued that poverty caused by lockdowns will bring 800,000 deaths over the next 15 years.

“We dramatically need to reverse our route if we do not want the consequences of poverty to overcome the ones of Covid-19. As policy analysts, we should take into account trade-offs and unintended consequences for the long-term too.”

Unfortunately, he said, communication about the actual situation of Covid-19 in Malaysia is quite poor and he is not surprised that the MCO is not bringing along the hoped-for results.

“It is enough to follow the scientific literature to realise that, worldwide, the lockdown effects on the virus spread are questionable, at the very least. And therefore I have the impression that we keep on applying generalised lockdowns because we do not know what else to do,“ said Ferlito.

He added that it is quite misleading to focus on the number of cases, but rather it should be on containing mortality rather than cases as a virus cannot be stopped by closed doors.

On whether the government’s stimulus measures and fiscal injection are enough to cover the economic losses, Ferlito said the government does what it can.

“A lot of resources were deployed in 2020 when a very strict lockdown was imposed without Malaysians actually being hit by the virus. Let’s not forget that financial resources are not falling from the sky and any expenditure policy does not only present results now but also the bill later, in terms of higher debt which means burden for future generations. We do not need additional fiscal injections, but a totally different approach. By avoiding lockdowns (which usefulness is questionable) we can save resources to be better used.”

He concurred with Umno vice-president Datuk Seri Mohamed Khaled Nordin who has stressed the need for a new leadership in the management of Covid-19.

“After one year we have more knowledge and more data, coming from different countries too. We need a better leadership able to interpret these data and to work carefully on a better trade-off analysis. At this moment I think we are on a reverse square root growth path: after the post-MCO rebound we are going to face flat growth (if not negative again). How flat it will depend on the strategy we are going to implement now, which – I hope – will be different and informed by the need of a wider perspective and a long-term view,“ said Ferlito.

Meanwhile, Malaysian Rating Corp Bhd (MARC) senior economist Firdaos Rosli told SunBiz that the government should take a strong stance on where the priority is – health or economy.

“Realistically, it is impossible to pursue both objectives at once as it may dilute the overall policy impact on both the economy and health,“ said Firdaos.

He said although businesses are allowed to operate with permission, the extension of MCO 2.0 will continue to negatively impact business and consumer confidence, which will in turn affect the profitability of businesses in all sectors.

“Businesses/consumers would take it as a sign of governmental inefficiency to control the pandemic. Despite the rumours of allowing more sectors to operate but with stricter SOPs, businesses would continue to suffer as consumer confidence would continue to be hampered.”

He explained that lower footfalls at physical business premises would drive businesses with low cash reserves to be more precarious than they already are. Similarly, businesses which cannot adapt to new digital channels will risk losing sales. Businesses are forced to be leaner in their operations – cutting down presence, laying off workers and holding off any expansion plans.

“For as long as the economy is performing at a point way below its capacity, the risk towards recovery and future growth will continue to be patchy.”

MARC expects another round of fiscal stimulus this year, noting the risk of widening the deficit further than expected and high dependency on debt to raise funds. In addition, continuous spending on resources to keep the economy afloat rather than development risks Malaysia falling further behind compared to its regional peers.

However, PublicInvest Research said the economic impact from MCO 2.0 is largely muted, thanks to the government’s sizeable fiscal injection of RM6 billion that will result in a multiplier effect of RM30 billion to the economy against RM22.2 billion of economic losses throughout the 37 days of MCO 2.0.

“Note that MCO 2.0 can be extended up to 50 days without an adverse impact to the economy assuming a multiplier effect from the MPC of five times though the economy could rebound sharper with a full opening against a partial closure. This positive prognosis underpins our sanguine GDP outlook which remains unchanged for the year (2021: +6.2%) which is consistent with the steady economic outlook by the Finance Ministry,” it said in a note.